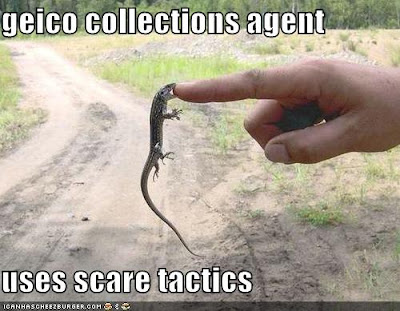 Well, my big shaky ghetto-mobile is now fixed!! It turned out to be a mis-firing fuel injector... which explains the smoking!! Did I mention that the gas light came on during our fun ride home from church? It apparently was burning through the fuel faster during the time that we had to drive it... so when they called to tell John that it was ready - he mentioned that he hoped that he could get it to a gas station without running out of gas.

The lady there told him that they'd get us 4 gallons to get us to a gas station... but when they sent their workman to get the gas (and what car dealer doesn't have their own pump?!) he ran out of gas!! HA! The lady called to tell John because she thought it was really funny... and she said "well, better him than you..." no kidding!! I can only imagine how "thrilled" John would be if that happened to him!

The last time he talked to her - they were taking it in to wash it... well... isn't that special... it's raining now!! ARG! Oh well, at least I won't have to be the cowgirl driving her husband's truck to work anymore... speaking of gas... I stopped to fill his truck up this morning - and $75 didn't even fill it up!

I did it with the credit option instead of debit because of the stories of people stealing PIN numbers when people do debit at the gas station... but I didn't know there was a maximum charge amount... this whole fuel thing is really rediculous!

I know it infuriates my Dad that we complain about gas prices, but will pay $2 for bottled water or $5 for a coffee... well - I don't do either of those things... so I'm going to go ahead and complain!! It's crazy! The only thing I can say good about it is... thank God, John carpools! If we both were filling up every week - we'd be broke!

Thank goodness they're starting to make family-sized cars as hybrids now too - although I saw something on the news last night about how those are unsafe around blind people too. I didn't watch the story, but my guess is they are too quiet? From the images I saw - it looked like a blind man was about to cross the street, and then they showed a picture of a hybrid car... I guess maybe they can't hear the engine like other cars, and it causes problems for them in knowing when to cross the street? I don't know - but that's terrible.

It'll be 3 years or so before I get another car, so maybe they'll have that fixed before then...
Posted by Kim H. at 3:24 PM
Email ThisBlogThis!Share to TwitterShare to FacebookShare to Pinterest
Labels: Life Randomness