John and I have decorated eggs every year since we've been together, but this year - I just wasn't into the hard boiled egg thing... 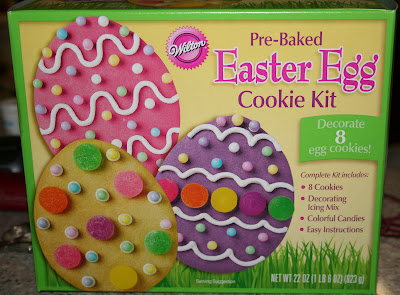 So I bought the kit, brought it home... and promptly took a nap... HA! You thought I was going to say we decorated them immediately, right? Nah... not my style. Rest up for those big crafting projects... rest makes for more creativity when in the midst of the project. John opted for a more supervisory role in this project, and actually made dinner while I decorated...

Want to see what I created? 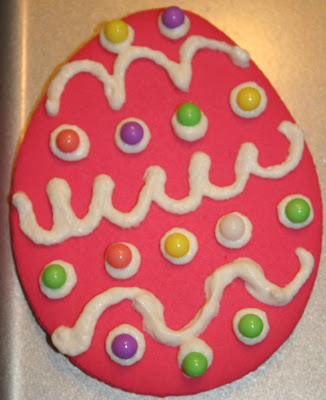 Egg 1 - this was my first one - and might be one of my favorites... I certainly have gotten a little (and by that I mean minuscule) bit better with the piping bag... but I am sure that there is no future for me in cake decorating or cookie decorating. If I did make one - it certainly would end up over on the Cake Wrecks blog. 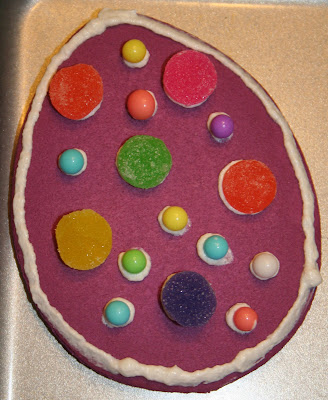 Egg #2 - I decided to outline the entire cookie... but my dots of gum drops and candies didn't end up as balanced as I would have liked... it'll still be tasty though! 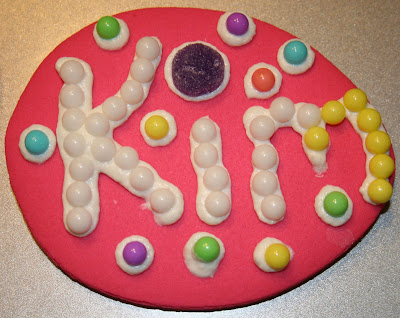 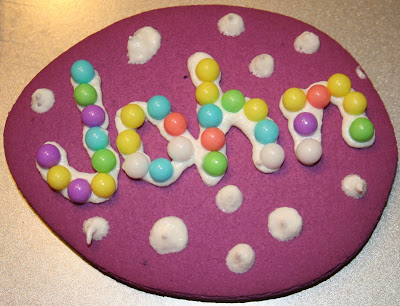 Egg #4 - John's egg... I like the colors with the candy beading better than my one color concept. 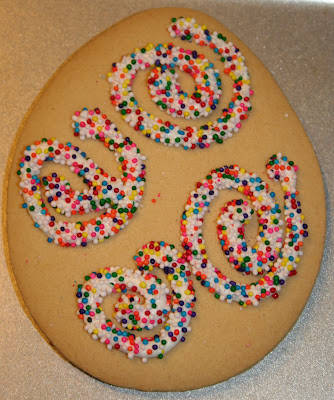 Egg #5 - Some multi colored swirls... I love simple swirls as a design pattern... but am not sure that it works very well on my cookie... they might just be a bit too close together... and maybe if I'd done it on one of the colored cookies and left it white - it would have had the effect I was really going for. 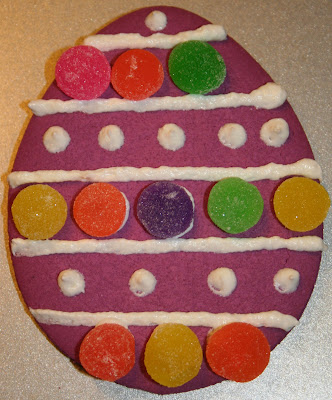 Egg #6 - This one might actually be my true favorite because it is the most balanced and orderly... it just makes me feel like I actually did a good job... HA! 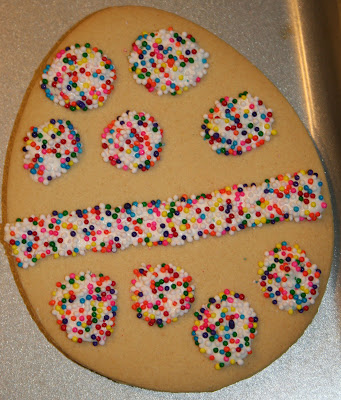 Egg #7 - Here is just a simple cookie with icing dots and a line covered with the little mini multi-colored sprinkles... I would have loved to have gotten some pastel dusting sugar and done some lines or something like that - but that's an idea for next year, right? 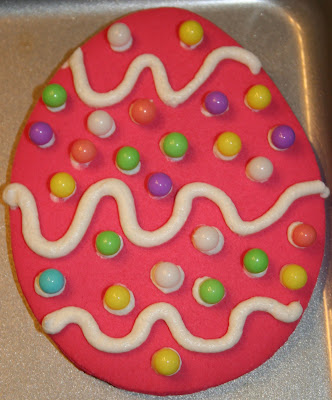 Egg #8 - A simple cookie with some dots and squiggles... 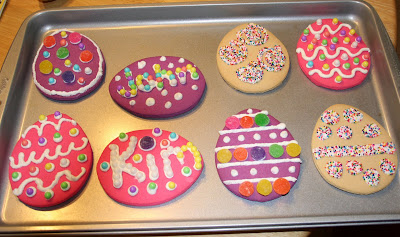 A look at the whole pan after I finished...
I'm going to have to check out Hobby Lobby and stores like that to see if kits like this are out during other times of year... it was very fun, and gave me a little bit of a creative outlet without the hassle of having to actually bake the cookies.

Had I needed to go through the baking first - I would have given up long before the cookies were finished. This was a fun alternative - and it's super easy to give these cookies away... we're going to Conroe tomorrow to celebrate John's Mom's birthday - so I'll probably take the majority of the cookies up there. Saving one for my favorite 2 1/2 year old as well... I know that Renee might kill me... but I have to spoil little "L" sometimes. (I do expect that she'll return the favor in some capacity someday too) I also found her the cutest little tiny Dora Easter toy too... she is allergic to chocolate - so a chocolate Easter Bunny won't do.
Posted by Kim H. at 8:28 PM
Email ThisBlogThis!Share to TwitterShare to FacebookShare to Pinterest
Labels: Family