The weekend before I went back to work - John surprised James and I by taking Friday off from work and planning a small family vacation for us! We didn't go far, but got away for a night to just spend time together and enjoy being a family.

I wish I got a few more photos of us... like a photo or two of James staying in his first hotel room, but I sadly wasn't feeling great and didn't think of it. It was a great little hotel though - and they even had a Starbucks in the lobby... if only the thought of a Starbucks didn't make me nauseated right now.

James did great - sleeping in his pack & play for the first time, and spending lots of time in his carseat... and can I just say to the makers of infant carseats... how about some air flow, yo?! Poor little kids get so hot in there - especially when it's 100 degrees outside... but honestly there is zero airflow on their backs... it's sad, really. I mean put in a little vent or something to give them a break.

Lets get to the photos, shall we? 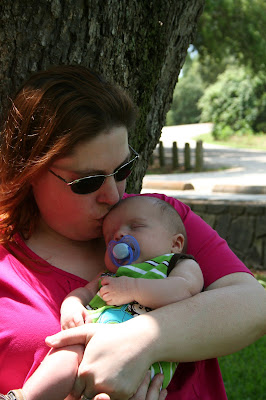 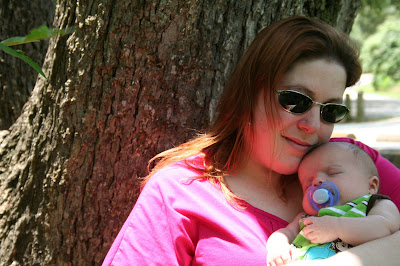 Another of me loving on my little boy... 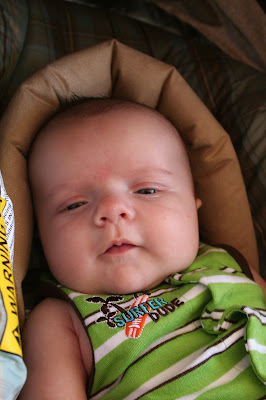 Hanging out waiting for our tour of Blue Bell to start... and for those of you that don't have the benefit of living in the South where Blue Bell is king... you NEED to come get a taste of the best ice cream on the planet! 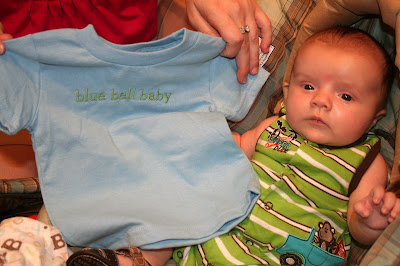 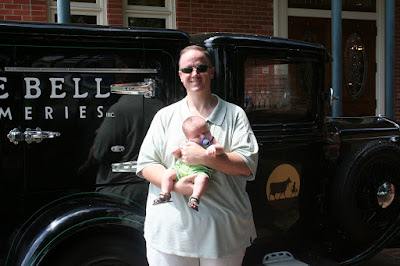 The boys with one of the old Blue Bell delivery vehicles 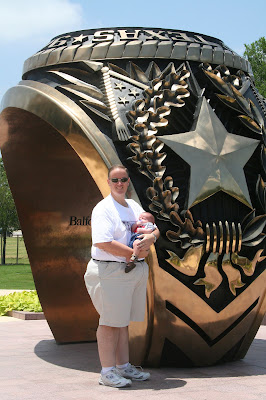 The boys in front of a replica of the Texas Aggie Ring... it's a gorgeous ring that is very steeped in tradition and symbolism. What's interesting to me about this though is that when I was a senior at A&M, I was in charge of the largest event on campus called Ring Dance. (it's like 7 proms in one major event with different catering and bands playing in each area) It is the event where you celebrate reaching the end of your time at A&M and the achievement of earning your ring... and part of the event is that you take your picture underneath a large ring like this. So it was sort of fun to see a big giant ring like that again. 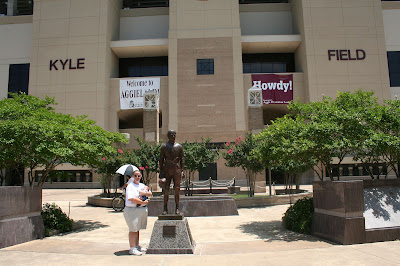 Of course anyone that knows John knows that he is PASSIONATE about Aggie Football, and there is certainly no chance that James won't grow up watching tons and tons of games at this very stadium... so we had to get his picture taken there while we were in town.

On top of these stops - we also made it to the bookstore and bought James $100 worth of Aggie merchandise for him to wear and have in his room. So it was a very successful trip... we made it home last Saturday afternoon in time to relax and "hermit" ourselves in for the last 36 or so hours of Mommy's maternity leave.

Once again, don't forget to vote in the poll on baby #2's gender before we find out what we're having!! We do have first names picked out for a boy and a girl... and are working on a middle name for the boy name... so all will be revealed on Tuesday night or Wednesday morning!
Posted by Kim H. at 5:00 AM
Email ThisBlogThis!Share to TwitterShare to FacebookShare to Pinterest
Labels: James