Yesterday was John's last day off with the boys and I... so we decided to take the kids to the pumpkin patch. They won't remember it because they are so young, but you just need the pictures. I was going to skip it this year because Tyler is so little, but I'm SO glad that we went. It ended up that we were the only ones there yesterday morning - so we just did what we wanted and then left. The patch we went to was at a church near our house - so it wasn't very big, but it was free and perfect for us!

After we left the pumpkin patch, John took me to early vote... the boys had fallen alseep in the back seat so John got to go in and vote too. With the boys we were concerned about having to go on election day because they certainly wouldn't handle the lines very well. With our civic duty done... how about some photos of two of the cutest little pumpkins around?! 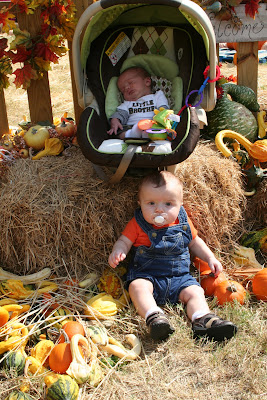 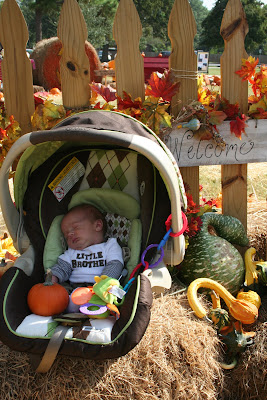 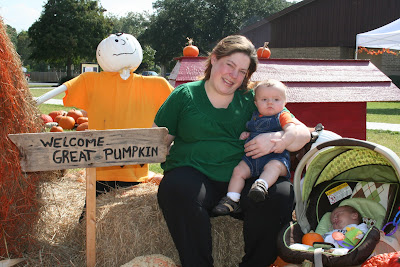 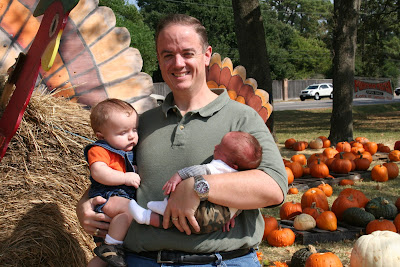 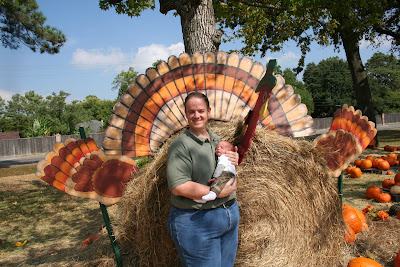 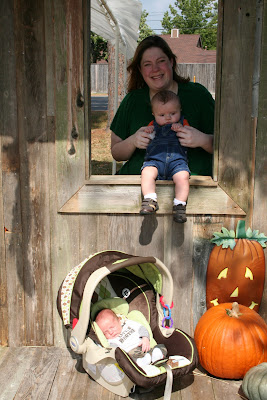 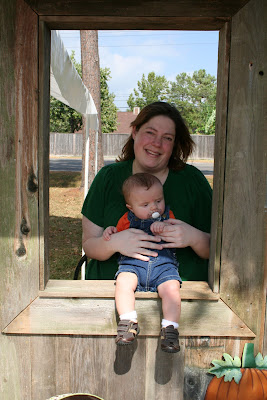 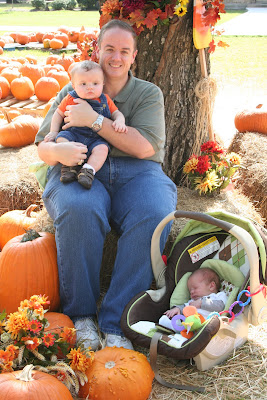 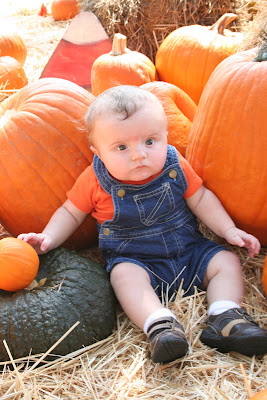 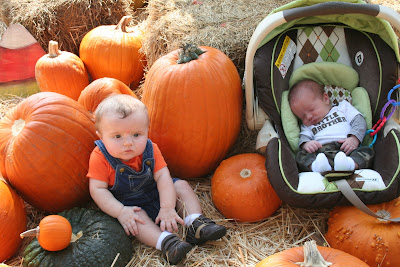 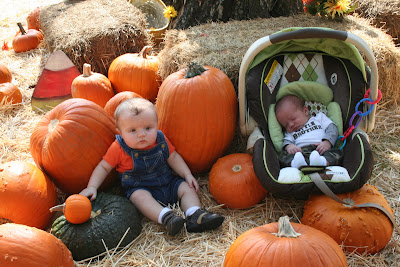 Tomorrow's post is going to be completely without mention of the boys... it's a day where a bunch of bloggers are having a Blog Day of Silence for our dear friend Summer who lost her father on Sunday to cancer.
Posted by Kim H. at 3:57 PM
Email ThisBlogThis!Share to TwitterShare to FacebookShare to Pinterest
Labels: Holidays, Mommy Diaries