Repost: Introduction to Us

Hi there! I'm stopping by today to tell you a little bit about me... First, my name is Kim and I'm the author behind Faith Grace & Giggles - where things can be funny, crazy, and messy... but we do our best to keep it real. 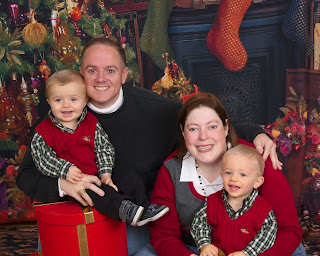 November is National Adoption Month, and a blog post has been floating around in my head for a while... I just wasn't quite sure of the format that I was going to take to get the words out. Insert, Twitter a week or so ago... and it all fell into place.

I happened upon a post that mentioned adoption... and it actually set my blood to boiling instantly. Not at the person that posted it, but just the whole situation behind the tweet. This particular Twitter friend of mine had an encounter with a friend who adopted two children. Lets call my friend Robin, and her friend that adopted Susan.

Robin was commenting about her disgust for a comment that Susan made... so I had to hear the back story. Basically, Susan has infertility problems - I don't make light of this in any way, but want to keep the story to the basics so that I can get to my thoughts and point. She (Susan) adopted two kids, but still struggles greatly with wanting to have a biological child of her own. She has really deep jealousy issues with people that get pregnant around her, which is where Robin started having problems with her. Susan reacted very badly to Robin getting pregnant and caused their friendship to crumble. When I say reacted badly - it's an understatement. Somewhere along the way, Susan informed Robin that "People just don't understand. When you adopt your children, it just isn't the same."

It was at that moment, this post came together in my mind... I knew what I wanted to say. I firmly believe that Susan has a lot to learn about what it means to be a mother. I can't say for sure if it is just the extraordinary supernatural circumstances around our adoption process... or the training that we got from the 3 amazing ladies at the agency itself, but NEVER once have I ever thought of adoption as a lesser choice for becoming a parent. It was never a "back up plan" for me.

You see, I have always wanted to be a mother. How that happened for me was of no consequence - pregnancy, adoption... fall from the sky... I never cared HOW we became parents. I just knew in my heart that we were meant to be parents. Additionally, I am saddened at the idea of this woman ever having a biological child - because I couldn't imagine the hurt and pain that the different love would cause for the two beautiful kids she currently has.

We suspected there was a slight possibility that I might be pregnant before we went to the hospital on James' birth day, but I loved him so much already - I couldn't bring myself to even consider that until he was at home with us. I had the unique experience of adopting and being pregnant at the same time... and can honestly say, both were beautiful experiences. The day that we met James - just minutes after his birth was truly magical... from the instant we saw him - we knew he was ours and that we were chosen to be his parents. John and I were head over heels for this precious little boy from the moment we met his birth mother, truly. I love her as a part of our family too... and wish that our relationship with her was as close as we hoped it would be on the day we met her. She has forever changed our family, and with the open nature of our adoption - I wish someday to be able to connect with her again.

Forty-eight hours later, we signed the papers on our adoption and brought our son home. During the night, on our first night home - I took the pregnancy test. I think to a certain extent, I was in denial about Tyler growing inside of me for a long time. I had a rough pregnancy, but never once did it overshadow or take away from the joy and love that I had in being James' mother.

I remember getting the call the Friday evening before Tyler was born that he'd arrive on Monday because of complications - and all I could think about that entire weekend was James. Would he get enough attention? Would he know that he was loved? Was I short-changing him because he wasn't going to have a good solid amount of time being the only child? The guilt was staggering. Just as God has his hands all over our boys coming into our family in their unique ways... he had his hands on all of us through this process.

We have never looked back. Our situation is unique to be sure, but it is beautiful. Our family is a creation that we could have never planned for ourselves - but it is a product of YEARS of prayer and in the end - a beautiful creation because we gave up trying to have it come together because of our control, but allowing Him to work his will.

Today, I am asked constantly when we are out in public if the boys are twins. I feel compelled to say that they aren't. Occasionally, women put together that it's pretty much impossible to have children 6 months apart... but IF I choose to explain that adoption is part of our story - I don't indicate which of the boys is adopted. Sometimes, even I forget. They are both every bit a part of me, they are my sons... and I don't love them them any differently for the way they came into our lives. They are both a part of me in every way. My kids are mine, and are equal in every way... they are both a part of me no matter what their story is.
Posted by Kim H. at 11:18 PM
Email ThisBlogThis!Share to TwitterShare to FacebookShare to Pinterest
Labels: Who Am I