Genie, You're Free: My thoughts on Suidide and Matt Walsh 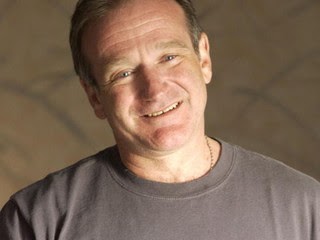 Yesterday, the internet was on fire over a blog post by Matt Walsh. I understand that he was making a point, and I see some glimpses of possibly understanding what he was trying to say. I don't know if some of the uproar is because Matt Walsh can be a polarizing person in terms of his opinions. In most cases, I find myself agreeing with a lot of his thoughts... but on this one, I'm not so sure.

Here is the thing, suicide is an ugly dark word... and it's horrifying for most of us to think about. To think that someone feels so helpless in their situation that they would think there was no other option, is absolutely one of the saddest things I can imagine. Suicide has touched my family closely, and there just isn't any other way to describe it. We immediately go to the places of thinking about why we couldn't help the person that took their life. What signs did we miss?

Unfortunately, in this particular case... Robin Williams was open about his struggles even in the midst of what he dealt with. I just don't think anyone knew the depth of what he was dealing with... and even more so when he enjoyed making everyone laugh so much. I have to think that while he was a brilliant comedian, he also used humor as a coping mechanism. He was clearly someone that dealt with a lot of different issues, and I know his family and close friends are reeling from such a tragic shock.

Several things have come to my mind in the wake of hearing the news about what happened to this special man that shaped a generation with some of the most amazing characters to ever grace film.

1) No matter your thoughts about Matt Walsh and what he wrote -- writing unchristian things about a person makes you no better of a person you disagree with makes you no better of a christian in return. We can't spew hatred toward someone that we disagree with in response. We can't claim to know where Matt's heart is or know anything more than that he is a flawed person just like the rest of us.

2) Suicide is sad and scary, but there isn't any point in talking poorly of the person that committed the act. Not in the days shortly following it... or at any point in the future. I just don't feel like that does anyone any good. I see his point about treading lightly in how we talk about it with others that are dealing with similar issues, but I think there may have been a better way to convey that message.

3) I have dealt with some dark points in my life, and in the spirit of transparency... I have thought about taking my own life at a couple of points in my past. Fortunately for me, I haven't followed through. I don't believe that it was a flaw in my spirituality that caused me to go to those places, it was an illness that at that point in my life - I didn't see much hope. I have heard that Mr. Williams had bipolar disorder, and I think that the extremes that come from that quite possibly could be far worse than anyone who hasn't dealt with it could imagine. I know that there are things in my life, roads I have walked that no one would understand unless they have walked a mile in my shoes... so I'd say that unless we've been there... we shouldn't judge.

4) I hope that we can finally stop shaming people from being open about their struggles in life. We are meant to live in community with others, and my hope is that in the world's grief over what happened in this case... we can talk about it and try to find some better ways to prevention.

5) Additionally, to the news media... we have GOT to stop sensationalizing every detail that you can dig up in cases like this and so many others. It's enough to say, Robin Williams has passed away... the cause is suspected to be a suicide. That's it. End of story. The general public doesn't need to know every explicit detail from that point on. Only those close to the case need to know, and even at that -- I'm not sure that even they need or want to know. We've got to stop all of this -- I've been sucked in on some levels to cases like Casey Anthony, and really -- it's not for me to judge. So I quit watching the news so closely...

I saw two wonderful responses to the post and a very christian response, but I don't think that the root of what Matt was trying to say is wrong. He just didn't quite take the right approach. It may have been a choice for Robin to take his own life, but I feel deep in my heart that it was a choice where he felt he had no other alternative. I won't trample on the memories left behind of a man that seemed to have an amazing spirit, and a gentle soul. He deserves the benefit of the doubt because God forgives, and what people are trying to say now is that his soul is at rest... he no longer has to fight his inner demons anymore.

There is peace in that.
Posted by Kim H. at 2:07 PM
Email ThisBlogThis!Share to TwitterShare to FacebookShare to Pinterest
Labels: News Tragedies