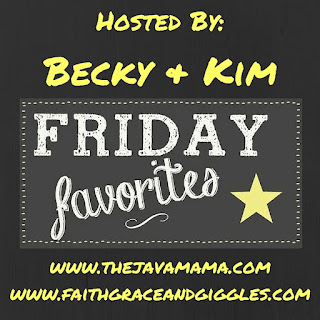 Well, it's finally here -- Fall TV Premiere Week! I'm actually surprised that so many shows are starting all at the same time - it seems like in years past they spread it out a bit more, but maybe I'm wrong. As a PSA, you won't find any reality shows on my list... because I really don't like them much at all. I'm a sucker for good scripted comedies and dramas. I love writing, so it shouldn't be a big secret that I'd love scripted shows that have rich stories, characters, and plot lines. With that being said -- here is my obnoxious list of 12 of my favorite shows. In no particular order... 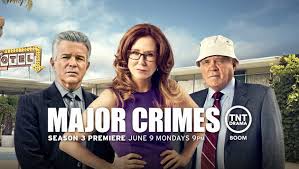 1) Major Crimes is such a great show - we've been watching it since before it was Major Crimes - it used to be a show called The Closer, but they changed it up and renamed it... and it's still a hit. There are great jokes & one liners -- great crimes and stories to solve -- and now a great bit of background stories going on with the main characters. The makings of a long time favorite for me. It premieres in the summer on TNT, and is off until November -- it'll be on in November and December -- then it'll be gone again until June. 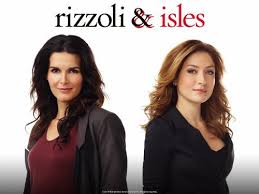 2) Rizzoli & Isles is such a good show it's another crime related show, but this one is about two best friends Jane Rizzoli a police detective and Maura Isles the chief medical examiner -- Isles is also a fashionista. Their unlikely friendship is both entertaining and heart warming. The other cast is equally funny and quirky. We've watched it from the beginning - although I've loved just about any thing that Angie Harmon has been in. It's another TNT favorite that is off until November. This one, like Major Crimes is on when the main stations are in hiatus for the most part. 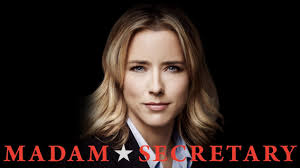 3) We fell in love with Madam Secretary last year as one of the new shows we enjoyed the most. It's got a great story line, great characters, and a lot of back story for them to still explore. It's about a former CIA agent that became the Secretary of State. The story is incredible and I think that the way Tea Leoni really seems like this show was made for her, and Tim Daly as her husband is just a great match. I just love the chemistry that all of the cast has, and look forward to seeing how the second season unfolds. 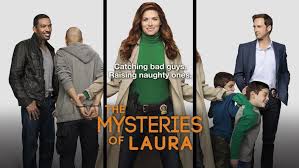 4) Mysteries of Laura, clearly I have an obsession with crime shows... but this one is special. This one is hysterical, whitty, and endearing... the characters are great, and how can you go wrong with Debra Messing and Josh Lucas? Am I wrong or could you just listen to him talk for hours? I digress. This is just good television. It's just starting it's second season, and you don't want to miss it - TRUST ME on this one.

5) The Goldbergs... OMG -- this one is just plain hilarious. Anyone that lived through the 80's at all can appreciate how funny this show is. It's got some great stories from the mind of Adam F. Goldberg, and are just some crazy adaptations of what his real family went through -- but I just love seeing all of the old things from the 80's again. It brings me back to a more innocent time, but in a hysterically funny way. Don't miss out -- this one truly is a gem. 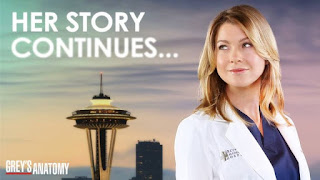 6) Grey's Anatomy, well of course I've loved this one for a long time... and even though I've been heart broken over the losses of characters over the last few years -- especially the loss of Derek -- I'm going to give them a shot to see how it pans out. I'm not happy to see the Meredith/Derek years end, but maybe they still have some life in the show. It's been a long list of great characters that have come and gone... so I'm hopeful that there are some more new faces that can draw us back in to loving it as we always have.

7) We are late to the party on this one, and really just started watching last season when Olivia was kidnapped and being held hostage... but we couldn't help but keep coming back each week because the story sucked us in. At first is just seemed like some craziness, that we couldn't figure out -- but then we got hooked. I see that this season's premiere doesn't appear to disappoint either if you like good drama... and the adultery doesn't bother you too much. Between Grey's and Scandal -- I don't feel like there are any people on those two shows that aren't having sex somewhere in each episode. I mean really. 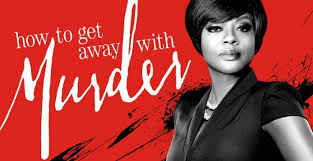 8) You saw this one coming too, right? I mean my love of crime shows -- why wouldn't I enjoy this one from the perspective of the defense attorney and her interns. This one is just starting their second season as well, and I'm sure there will be more of the greatness we saw in season 1. I'm interested in seeing how the new season plays out and if there is a new crime they are focused on or if they will continue with where they were last season.

I mean is there anything Shonda Rimes can't do? She has written some of the greatest television shows out there... the entire Thursday night lineup is under her brand... and they are all great for different reasons. In addition to this one -- we loved Shonda's show Private Practice too. I mean seriously -- she is a gifted writer & producer.

9) We watched the original Heroes show -- so we're going to give this Heroes Reborn show a chance. I sort of lost interest in the original one, but John enjoyed it. I do remember with fondness Hiro and his famous line "Save the Cheerleader, Save the World." HAHAHA, such greatness. We'll see if this one earns a place in our hearts or if we write it off as a remake that we can leave on the shelf. 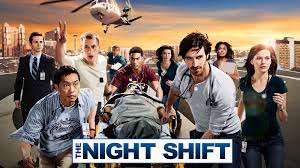 10) We started this one from the beginning too, and loved it. It's set in San Antonio at a hospital not too far from some military bases (this is true of the city having some military bases) -- lots of military reservists on staff there -- treating patients, and being a little outrageous in the way they treat some of them. Others they fly back to military zones in the Middle East to bring home and treat at the hospital. The personal relationships and things between the characters are interesting. I love them all, and I'm far too invested in them... it ended last year with Jordan, one of the main characters, having to loose her baby she was pregnant with because the pregnancy caused her to have seizures. Craziness. 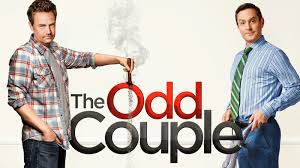 11) The Odd Couple -- I liked this one last year, and they are supposed to be getting a second season. I felt that Matthew Perry's acting sometimes was awkward, but John assures me that was the way the original show was as well. It was funny at times, and it's always interesting to see how things translate from the 60's into modern day. It has some good points, and what can I say -- I always tune in to see how the Friends Alumni are doing in new projects -- at least those that aren't on HBO or whatever network Courtney Cox's shows are on. 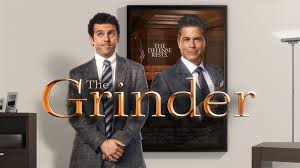 12) There are a couple of other shows that I'm going to check out this fall if they get a premier date -- Heartbreaker is one of them -- and The Grinder looks funny. Rob Lowe is a television lawyer that has his show cancelled -- his father and brother, I believe -- are attorneys, so he goes home expecting to join in the family business. It looks to be entertaining and funny, but it doesn't premiere until Tuesday, so the jury is still out on that one. (HAHAHA, see what I did there?)

Want to join in with Becky and I on our Friday Favorites? Link up with us and tell us about your favorite television shows for this new fall season. Also check out this list of upcoming topics for the next few weeks ahead. 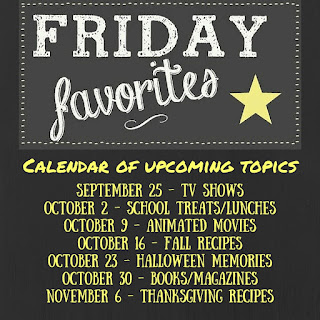 An InLinkz Link-up
Posted by Kim H. at 7:00 AM
Email ThisBlogThis!Share to TwitterShare to FacebookShare to Pinterest
Labels: Friday Favorites