And I Was Worried? 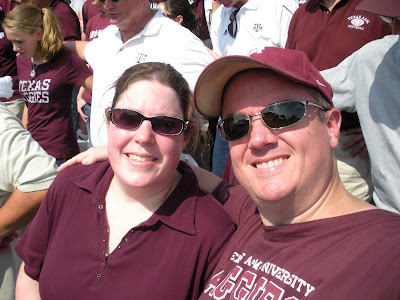 My gosh - this is a horrible picture of me, but it's not a bad shot of John... so I'm posting it again. I'd forgotten just how determined and stubborn this man can be.

I worried when I found out that the 7 days before his surgery his diet would be liquids only, and consist of 4 daily servings of this... 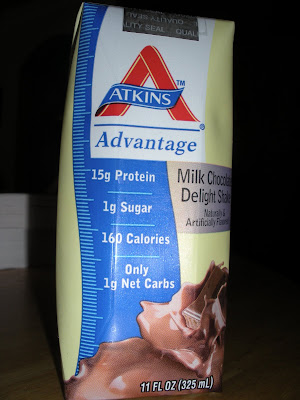 The poor thing struggled with it the first day - apparently these shakes have a bad aftertaste in his opinion. I tried it the first night, and actually liked it - so I bought some for myself. I'm going to add that in as my breakfast and see if that holds me over a little better than the protein bar.

Anyway - back to him - he's doing great, and has lost like 7 pounds in the last 3 days... I'm so proud of him for being able to endure these first 7 days - because I know at this will be the hardest part of the surgery process for right now.

See, when you wake up from surgery of this type - you absolutely DO NOT want a single thing to eat... I mean it doesn't even cross your mind when you wake up. It's this time before that point that I know can't be easy - knowing that you physically could eat... but you aren't allowed to - that's harder to me. The mental game is always harder for me. So while he's hungry and all of that yucky stuff... he's adapting really well.

He's even come up with his own recipe for a soup that he can eat. They told him he could have some veggies - so he's been slicing up mushrooms really thin and putting it into beef bullion. He seems to be doing well - and he's not miserable.

I on the other hand have some serious guilt issues going on - and I'm desperately trying not to eat in front of him. I stand in the kitchen to eat smaller meals, and build barricades for the meals that I can't get away from sitting down to eat. It's only for another few days - then we'll adjust to our new normal again.
Posted by Kim H. at 5:02 PM
Email ThisBlogThis!Share to TwitterShare to FacebookShare to Pinterest
Labels: John's Journey