Lets just say that I wasn't exactly happy after talking with the doctors office today. Apparently, some of the results that I was given last time weren't exactly accurate. Not only is my progesterone low - my testosterone is actually higher than normal.

The best way to treat that problem is to get back on the pill - but not just any pill - I'll be back on the chewable kind (FemCon Fe) which treat your testosterone level fairly well. Only I won't be taking the last week's worth - I'll just continue on with these while they try to level out my hormone. I go back at the start of week three for another blood test.

I didn't take this lightly, because going back on the pill is the LAST thing I wanted to do. When I asked what the next step was - they told me that when my level is regulated, they'll pull me off the pill and at that point - we can try to get pregnant naturally or they can do an insemination. I think we'll try it naturally for a little while - as we don't have any extra cash at the moment for anymore medical procedures. We will try it this way and see where that gets us.

I also asked about the low progesterone level, and they told me that there isn't a good way to treat that - hmmm... interesting since I've heard about a bazillion people taking natural progesterone pills or creams... so I took this one on my own and ordered some of this today. It came recommended by my friend Meredith, and since you can't overdose on this stuff - why not give my body a boost? I would hate to get a month from now and not be able to feel like I've done everything I could to make my body function at its best.

I also asked the question about my estrogen levels, and they seem to be in normal range. My fasting insulin level was in an okay range, but my fasting blood sugar level is still a little high. I will try to figure out a time to make an appointment with Dr. Weinstein to be able to talk to him about getting a little more aggressive with my Byetta injections. 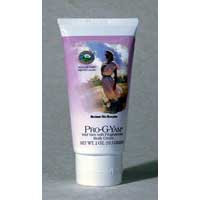 I know that the other Kim warned me about trying to guard my heart through this process, but I just don't think that I can. So my next best course of action is to let myself feel whatever I need to, and then letting it go... giving it to God and putting my best Rocky impression back in my head to fight this thing. (Yes one of my favorite songs is Eye of the Tiger... dork!)

So I won't lie to you guys and tell you that I handled this like a champ... I didn't. I bawled - I started crying before I got off the phone with the nurse - I don't think she knew it though... but then I just fell apart. I tried to pull it together to go to the pharmacy... but then I saw the baby aisle and completely lost it. Nice... I'm sure the pharmacists were wondering what in the world I was doing there while being in that state of mind. Who knows, but I needed to drive... so I got out of the house.

Poor John can't focus on this right now - so I tried my best to shake it all before I got home... emotions are funny things though - because I just can't shake it completely yet.

I don't know what is going on with my memory lately, but when I told John that the pharmacist cut the last row of the pills off of my pack... "in case I forgot that I wasn't supposed to take them"... I felt so stupid. I mean, I can remember some things. John quickly reminded me though that my memory hasn't been very good lately... which is sadly true. I ask him the same question multiple times at least twice a day. I don't know what that is about, but I refuse to believe it's a vitamin issue... I'm taking more vitamins now than I ever did before.

Not really more, but I'm taking everything I'm supposed to - and have been consistently for the last several months.... so my vitamin levels ought to be better than they were at my 1 year post surgery visit. I'm sure Dr. Weinstein will be checking those out again in the coming months though - since he knew I was changing my regimen in November... but he wanted to give it enough time to adjust itself.

So, in a nutshell - not the most relaxing day - as I rode a major emotional roller coaster for the entire afternoon... the doctor's office called shortly after noon... so I've been trying to get through it ever since then.

Back to work tomorrow - so pray that John does well on his first day home alone. He's doing good, but it's still a struggle to get all his food in... and we won't even talk about the water intake yet. I know he's trying, and I remember how hard it was... I just pray that we'll get closer to a balance before he goes back to work next week.
Posted by Kim H. at 7:47 PM
Email ThisBlogThis!Share to TwitterShare to FacebookShare to Pinterest
Labels: Infertility