Yesterday afternoon I went to visit my favorite friendly PCP to get a check up on some things. I took some of my blood work results from my infertility specialist for his review on my blood sugar levels, and we made some adjustments.

I've been taking Byetta injections since last November, which have pushed my blood sugar levels into a fairly good range, but I was on the lower dosage - and with my wanting to get pregnant - being a little more aggressive will only serve to get my levels into an even better range. 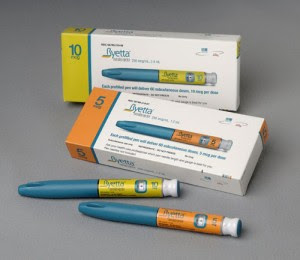 This is what the injection pen looks like - I was using the orange - now it will be the yellow.

This is what the pen looks like when it is ready to inject. You basically dial up the end to the dosage - which you can't mess up - there is only one dosage on there... then you push the white end until it clicks... and you're all done.
We talked a bit about my frustration with the lack of weight loss after making some healthy changes - of course carbs have made their way back in... but I'm working on it! The changes in workouts alone should have gotten me somewhere - I'm not expecting big numbers here... just a pound a week or every two weeks would make me happy at this point.
He of course looked at me with a smile and said - look at how far you've come... and I know that - I truly do, but my concern is that this is it... and if it is - then I need to own it and get comfortable with my body in a maintenance phase... and not look to the scale for movement. John doesn't think that is the case - and the doctor didn't really give me that closer - he just said that sometimes it takes a while for our bodies to show the adjustment in our routine.... still not happy with that answer.
I'm wondering if I should join Weight Watchers or something with more of a plan than just tracking my food intake - I don't know...
We did adjust my thyroid medicine up from 75mg to 100mg - which Dr. Weinstein seems to act like it will make a difference in my weight loss and energy level, but it hasn't really done that in the past as we've adjusted it up... so I don't hold much stock in that.
The whole thing is so dang frustrating - and really is just a crap shoot - I mean no one really knows what's going on in there... and he doesn't live with me to see that I'm actually doing the things that I say I am - instead of just complaining and moaning... I honestly am trying - it's just not coming off... which makes me want to beat my head against the wall...

We also talked about some digestive issues that I've been having - and he thinks that I need to take some additional fiber supplements or use suppositories (ewww!). Up until this point he's been having me take Milk of Magnesia - which is vial and disgusting - so I was looking for something that maybe I wouldn't have to ingest. I honestly don't do well with drinking things... so I will probably be looking into fiber bars or other options instead of trying to drink it. 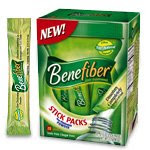 Finally - came the blood work drama. Seriously - I've mentioned my lack of enthusiasm for this part of my life before, but yesterday took the cake! With my insurance - I typically have to use Quest Diagnostic labs for my blood work, but Dr. W is extremely unhappy with their ability to get him accurate results on vitamin profile tests. So he wanted me to use a different lab (LabCorp)... no problem, right?

Well, the problem came in when I realized that the lab slip I had for my fertility stuff was from Quest... I tried to call the doctor's office to get it switched, but couldn't find anyone - so I had to go to TWO different labs to get blood drawn...

The first one was for my vitamin tests - so we can see how things are going there... and see if there is a deficiency that is causing my memory and focus issues. (Vitamins K, B6, and Folate could be causing these problems) That process is interesting because they have to keep the blood away from the light and freeze it before they can test it. It takes about 10 days to get the results from those tests too. So when he gets them - I'll find out what I need to do next. The crazy part was that the lady couldn't find my vein - she said it was there and that it was big, but about 5 minutes of digging around in my arm for it was about all I could take... GEEZ! Then when she did find it - it was pinching me... so I got the pleasure of filling up 8 vials of blood while the thing was pinching my arm. I don't know why I always seem to get the ones that have problems...

The next lab was really quick and easy - no problems at all... they used the other arm, and off we went. I should know in a few days (maybe Friday or Monday) how that one turns out - so we'll get the next bit of news from the fertility doctor when he reads the results. 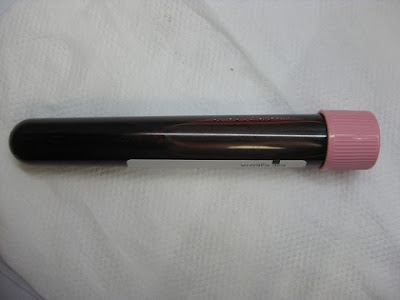 That pretty much concludes the updates from the doctor. The changes in my medications are going rough - but I'm hanging in there. The injection change causes severe nausea - which can last for a week or two... and they aren't kidding about that! Whew! The thyroid one - I can't tell yet - but something feels weird... it could just be from the injection... but I just generally don't feel great.
I'm sort of jittery, nauseated, tired... and trying to work through it. Overall - pretty good appointment, I guess. No real answers yet, but at least we'll hopefully have some in a week or so.
Posted by Kim H. at 11:18 AM
Email ThisBlogThis!Share to TwitterShare to FacebookShare to Pinterest
Labels: Weight Loss Surgery