A week or so ago, our church had it's first annual family game night. It was a great success... and we had a great time. 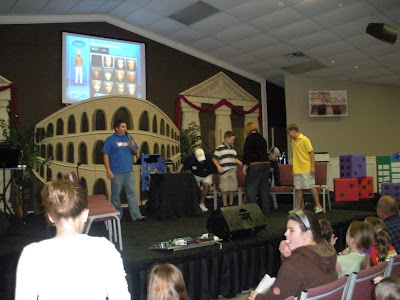 We played a couple of rounds of Family Feud, which was extremely entertaining... our church is such a riot. The families that were chosen had 5 members each, and were extremely animated. The game was a computer game - so that made for the game to be more real. One question cracked me up - it asked, "besides tomatoes, name an ingredient found in spaghetti sauce..." the kids answered things like, "tomatoes" and "noodles"... which cracked me up - the kid that initially answered noodles - did end up winning with the answer of oregano... which leads me to believe his Mom got ahold of him before he answered again... too funny. 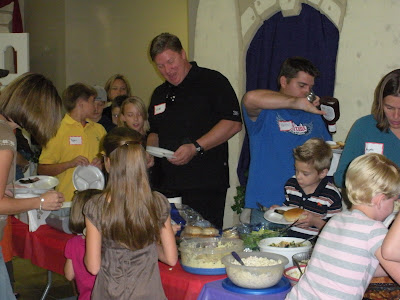 We ate BBQ, in which John smoked three large briskets the day before - everyone else brought sides or desserts... we brought both potato salad and rainbow cake. 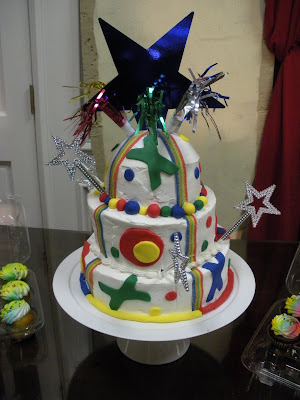 Our Children's Pastor made this cake - it looked so fun! 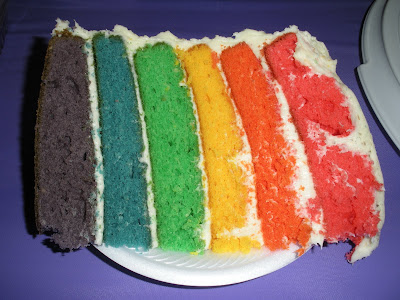 This cake made it's first apperance - and all of the kids loved it! 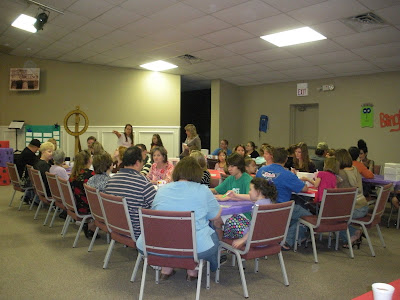 The bulk of the attendees played Bingo once the eating was completed. 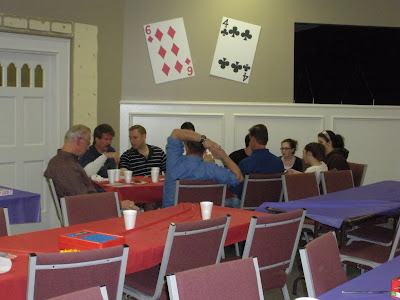 A few however, played Dominoes off to the side... 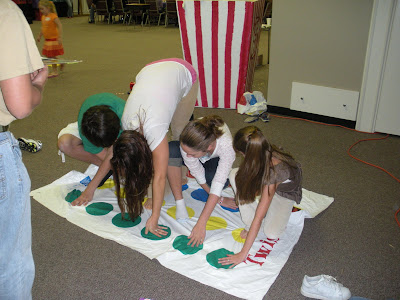 A few others played Twister... which made me laugh.

A great time was had by all, and we all hope that this will become at least an annual event - if not having it more often than that!