Yesterday was our first baby shower for Mr. James... John's office spoiled us and it was a really lovely party. They took us to a yummy Mexican food restaurant (which I thought was funny since it was Cinco de Mayo) and were all very sweet.

I am one super tired Mama right now, and might be fighting off the beginnings of a cold of some sort - or something like that. I posted on Facebook about my symptoms and everyone thinks it sounds more like being sick than being pregnant. I'm just incredibly sore - every muscle hurts and every bone aches today... literally - even my toes!

So James and I are napping off and on... in between bottles and diaper changes. We've got to rest up because he meets another big portion of his family next week!

Here are some photos from yesterday: 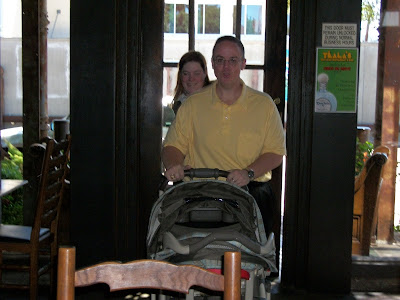 Here we are coming in to the restaurant 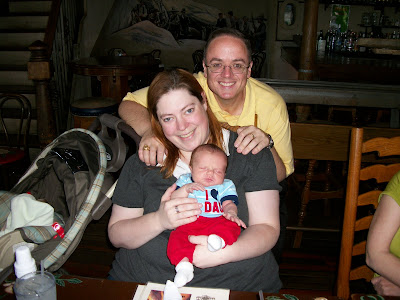 The three (or four) of us at the party 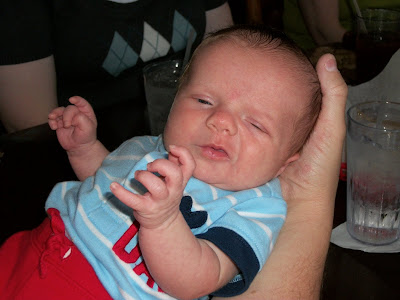 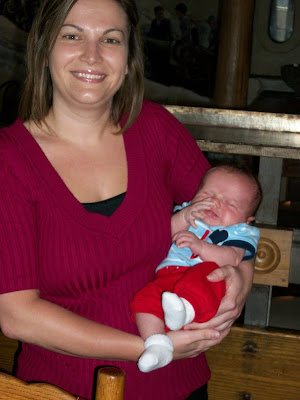 Carla (John's coworker that planned the shower) holding James - he was hungry... he really did like her! HA! 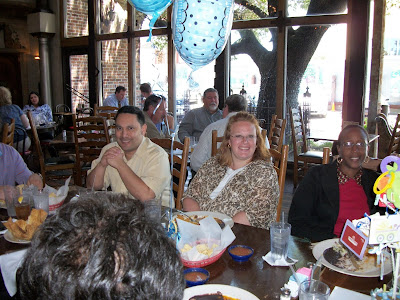 Some of the party attendees 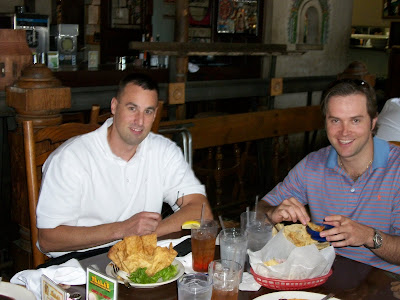 One of John's coworkers on the left and his boss on the right. His boss, Andres is the coolest guy - he is every bit as much John's friend as his boss... which gives me hope that someday - I'll find that in my work situation again. 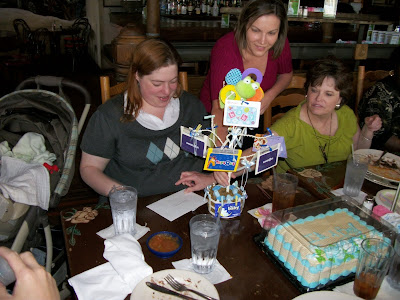 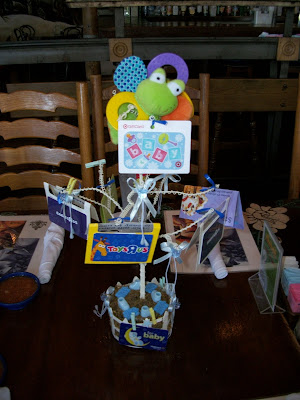 I thought this was the neatest idea - it was a gift card tree... they really went above and beyond, and we are very blessed. They even put in a gift card to Coldstone Creamery so that the preggo lady can get a fix. HAHAHA! 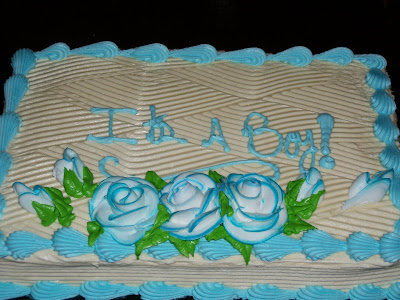 The yummy cake we enjoyed after all of our Mexican food... it was really good, but based on my last reaction to the rich frosting on cakes - we opted not to take in home and sent it back to the office for everyone to finish off later in the day.
It really was a great celebration of James, and of course they all got a kick out of our combination of newborn and pregnancy.
Posted by Kim H. at 12:36 PM
Email ThisBlogThis!Share to TwitterShare to FacebookShare to Pinterest
Labels: Mommy Diaries