Are you ready for week 4? I know some of you are trying to NOT use iPhone photos, but that's typically all I have near me unless it's planned... so that's mainly what mine are. We're just not very exciting people... but here we go... 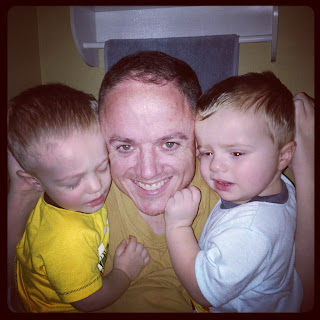 January 22 - We had some severe weather tear through our area, so we had to wake the boys up around 10PM to go shelter in our half bathroom. 2 adults, 2 babies, and a dog all in a half bathroom... good times. They did pretty well though, considering... and we were all in bed by midnight. 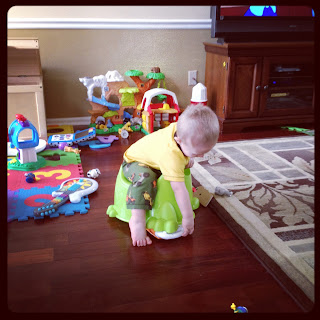 January 23 - Tyler has been having some trouble with napping - so he wasn't sleeping while James was - instead her decided to sit on the potty. The potty happened to be sitting on top of a book, but he couldn't figure out why it was hard to get the book out while sitting on top of it. HA! (I wrote a pretty amazing post about him this week - you should check it out.) 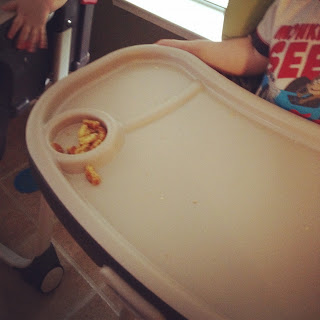 January 24 - I've been working with the boys on eating with utensils, but also trying to teach them that when they are done... they should pick up any food and put it on their plate with their fork. Breakfast is typically a lot of finger foods around here because Mommy isn't quite ready for all that is involved in utensil eating. Anyway, this morning - I was working on loading the dishwasher or something and looked over to find this. James was finished with breakfast and had put all of his french toast stick pieces in his cup holder. I got a giggle out of that. 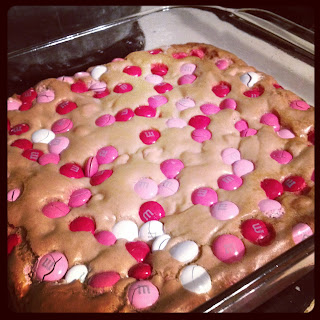 January 25 - I was taking dinner to a lovely family that had a new baby on Thursday, so here is a photo of their dessert. I haven't posted the recipe for these Brown Sugar Blondies yet, but it will be on Momma Hawk Cooks soon! I also took them Chicken Spaghetti and Green Bean Bundles. (My chicken spaghetti recipe is much different than most that are floating around these days - and I think it's WAY better) 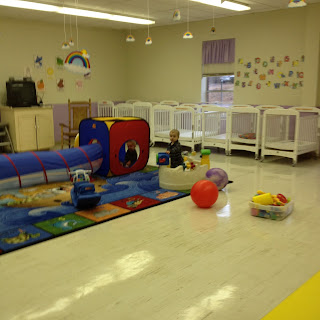 January 26 - The boys had school today, and they love it so much. We're usually the first family there for drop off (sometimes last for pick up too - oops) but the boys just literally jump out of the stroller and run into the class. They never look back anymore... no tears, no fuss. They are super excited to see me when I get back to pick them up though! 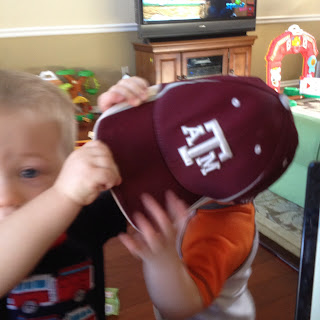 January 27 - This photo pretty much sums up the days around here right now - we've got LOTS of fighting over toys and pretty much anything. It just started this week, but we've been waiting for Tyler to take up the slack. For the longest time - James would steal anything Tyler had... and it wasn't a big deal - Tyler would just get something else. Now, he's fighting back - so Mommy does a lot of refereeing with toys. (and hats)

I've got a link up of my own on Fridays for anyone that would like to join in - it takes a look at our Chronos and Kairos moments. I've done it for two weeks, and would love to have some folks join in with me. Here is where it all began... Week 1 AND Week 2 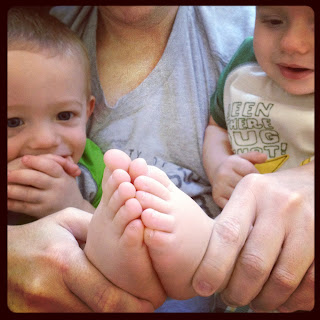 January 28 - This is just funny to me - Tyler is 6 months younger than James but his feet are a size and a half larger. They are so much longer. In general, Tyler is longer and leaner than James - but when standing side by side - it's hard to tell. James was about a half inch taller at their last appointments... but he doesn't quite stand as straight as Tyler - so it looks like Ty is taller. Anyway - the proof is right there - Mr. Big Foot in full effect.

Want to join in with us? Go to the link at the top and start taking a photo a day!! As you can see - I go for real life photos - which means that all I've got are Instagram photos for the most part. I am going for realism... and besides when I use the real camera - that deserves it's own post in my mind. HA!
Posted by Kim H. at 9:15 AM
Email ThisBlogThis!Share to TwitterShare to FacebookShare to Pinterest
Labels: Photo 365