I missed last weekend, and I can't even remember why - I think I just never had a chance to get on the computer. I'm desperately trying to not use my laptop when the boys are awake right now because I had to have some warranty work on it recently because of them pushing it over and messing with it one too many times. I find that because of this and my exhaustion when they go to bed at night - I rarely get on the laptop at night either. I'm trying to find my balance... and as usual, I'm failing miserably at that. 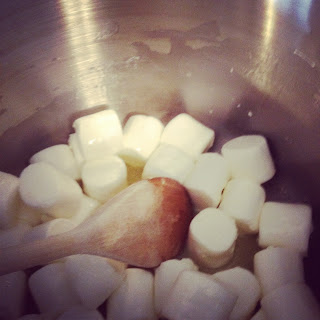 February 19 - I made my boys some Rice Krispies Treats because they love them, and I really enjoy making them happy. 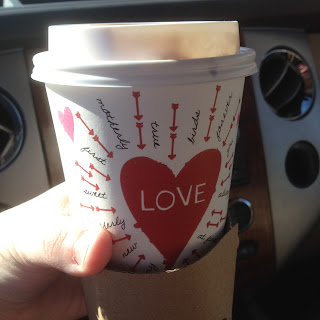 February 20 - My oldest niece's 16th birthday - she is a big Starbucks fan, so I had one in her honor since we couldn't be together.

February 21 - My Dad's birthday... but also the day that we got "Allie" the cat! She is such a sweetie, and settled in quickly. 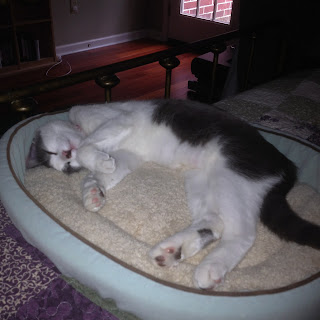 February 22 - Allie truly was completely at home and relaxed in less than 24 hours of being with us here... she makes me laugh! 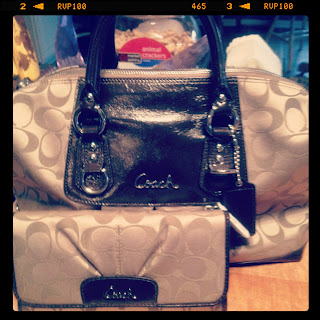 February 23 - My 10th wedding anniversary!! So hard to believe we've been married this long - for this anniversary, Momma got her first Coach purse & wallet!! WAH HOO! John is such an amazing man, and I'm blessed to be his partner for life. I'm ready for whatever the next 10 years brings! 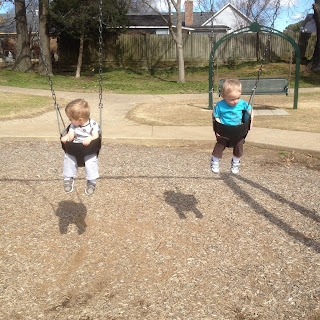 February 24 - I took the boys on our first outing to the park by ourselves. They had a great time, and we managed to get in and play without losing anyone or getting anyone hurt! 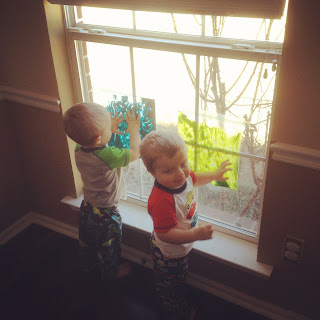 February 25 - Daddy had to work all day on Saturday - so we tried to pack in some fun activities. Only Mommy didn't get the memo to use FREEZER bags for the finger paint activity - and it was short lived because we busted the paint out! 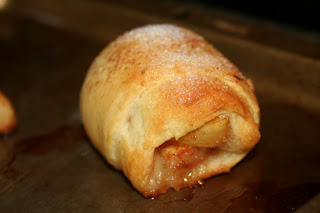 February 26 - I typically do my most labor intensive cooking on Sundays... which means baking and fresh meals that aren't prepped ahead and baked later... I had some extra crescent roll dough and an apple... so presto - mini apple pies that we had with some ice cream!! 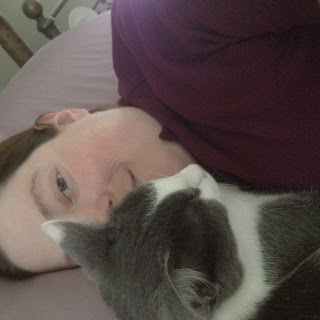 February 27 - While the boys were napping, I laid down with Allie... it was short lived as we quickly were on our way to the pediatrician for two sets of: strep swabs in the throat, flu swabs up the nose, and blood work... only to find out that both boys had a "red throat" and a virus. (Can I get an amen that VIRUS is the worst word ever for a Momma to hear from the pediatrician?!) 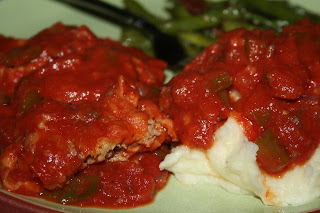 February 28 - I made a childhood favorite of mine for dinner - Swiss Steak, Mashed Potatoes, and Fresh Green Beans. It was amazing, and such great soul food for me. I will post the recipes on Momma Hawk Cooks as soon as I can. 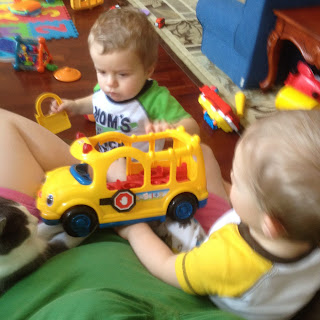 February 29 - We took it easy and played with our toys most of the day on Wednesday. Momma put us in the car in our jammies to go get a Starbucks and a Sonic because she knew it was going to be a LONG day... she was right, and the drinks were helpful. 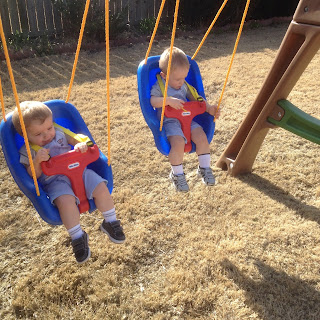 March 1 - John had to stay home with the boys because Tyler was still very sick. I had a party to give for my businesses, and once I was home - John did a little yard work, and I took the boys out to play on their swing set. 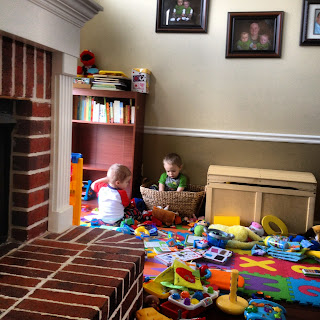 March 2 - I got very ill on Friday, so I allowed this to happen with the toys. I literally just gave up and let them do whatever they wanted to... because Momma was a puky mess. 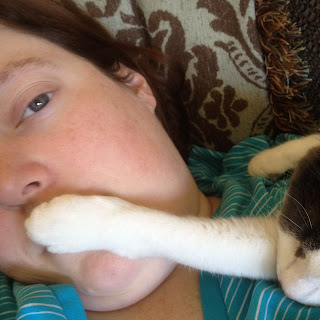 March 3 - This cracks me up - Allie and I were resting during nap time yesterday... and I guess I was talking too much during what she deemed "quiet time"

Posted by Kim H. at 3:26 PM
Email ThisBlogThis!Share to TwitterShare to FacebookShare to Pinterest
Labels: Photo 365