If that title doesn't get your attention, I don't know what will. We have a problem in these parts, a serious one. I've got a child that vomits on a regular (almost daily) basis... because of any number of issues. Which child, you might ask... 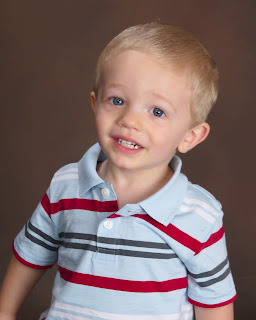 This child, Tyler. It's insanity - truly. We're not just talking about a big spit up either - we're talking about projectile vomiting with it coming out his nose too. I can't deal with cleaning it up anymore - it's exhausting.

What causes this, you might ask? Oh just about anything.

These are all daily occurrences around here in toddlerland, and I'm at the end of my rope. My baby constantly smells like vomit... his clothes smell... and for the love, I smell too! If it weren't for my Scentsy - we'd be in even more serious trouble.

He's done this most of his life too - when he was an infant - if it wasn't John or I feeding him, it would happen then too and you'd be covered in an entire bottle. He just couldn't handle it if the nipple on his bottle hit his mouth a certain way... it was easier for us to just feed him ourselves.

The other fun trick with this? He wants to eat again immediately after - I mean literally within 5 minutes. Just fill him back up with a second meal... groovy, right? GRRRRR!

Thankfully, we're headed to the pediatrician this afternoon to get his ears rechecked after an ear infection... so guess what will be a big topic of discussion?! There might just be tears of desperation involved too - I mean I don't know what to do... load him up with anti-nausea medicines? continue walking on eggshells with him? (Dear God, please say no on that one!)

People say it's a phase and he will grow out of it - well we've been in this phase for 21 months and I'm about to need a padded cell because I'm losing my mind.
Posted by Kim H. at 12:32 PM
Email ThisBlogThis!Share to TwitterShare to FacebookShare to Pinterest
Labels: Tyler