Fun in the Sun

We've been enjoying the great outdoors the last few days, and I've got the sunburn to prove it! You'd think that the boys would be worn out, but James stayed awake last night until 10! So let me show you some pictures of our antics over the last few days. 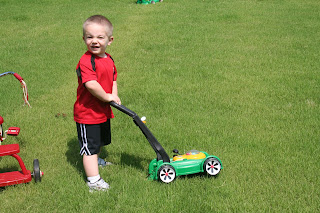 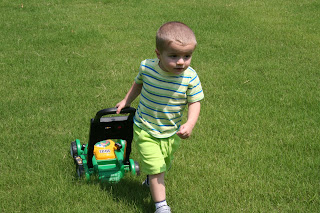 We've ridden our bikes, played with our lawn mowers, ridden on our jeep & 4-wheeler... we've run, played, and these two still have energy to spare! 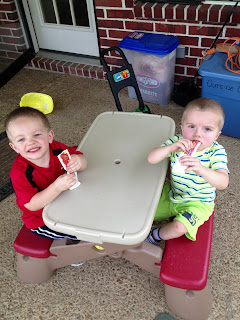 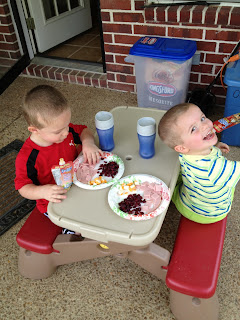 We've had several picnics: popcicles, lunch, hotdogs, and homemade pizza last night. They love eating at their little table outside. 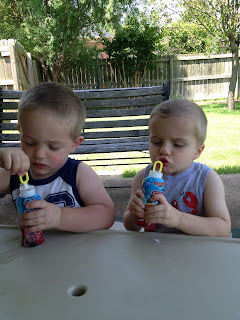 Played with bubbles -- I found the coolest little squeeze bottles where the bubble wand pops up when the kids squeeze... they haven't quite gotten it down, but it's cute anyway.

We also took a trip to the zoo this weekend to feed the giraffes and see all the other animals that Tyler has constantly been talking about. He has such a sweet interest in all animals... if only he would be more gentle with the ones that we consider part of our family. 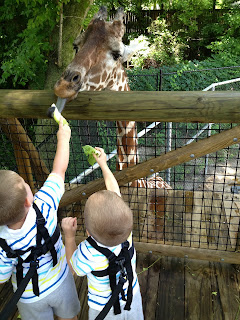 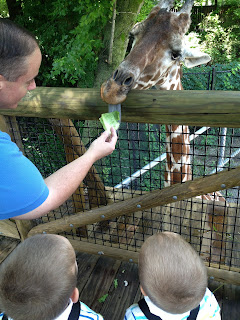 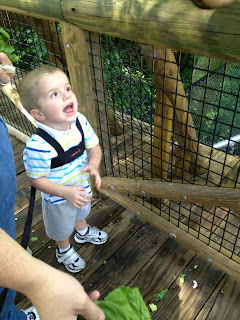 This picture cracks us up -- it's like James was showing the giraffe how to eat with his tongue. So cute! Love that funny little guy! 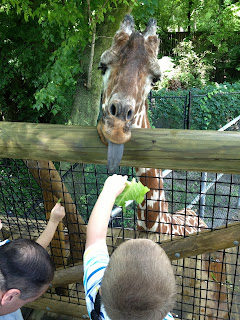 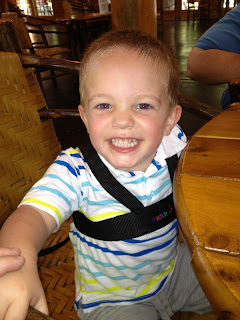 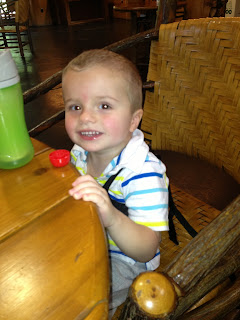 We cooled off for a bit while having a snack before heading off to ride the train. Too bad the giraffe feeding and train riding are on opposite sides of the zoo... 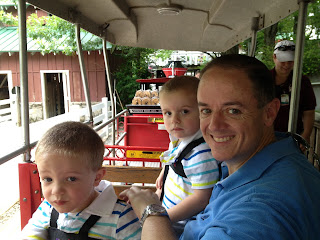 After a morning at the zoo, we came home for naps -- then more play time outside. After having their pizza picnic -- it started raining. So what are two little boys to do when it starts raining? Run outside and get on their slide, of course. We wouldn't have ever let that happen, except it wasn't storming -- and they were about to come in and get a shower anyway... so we let them play in the rain for a couple of minutes for their very first time. They knew what rain was, but they'd never really experienced what it really means. 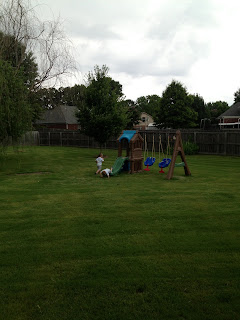 I'm sure there are lots more evenings & mornings that will be spent out in our yard this summer...
Posted by Kim H. at 11:59 AM
Email ThisBlogThis!Share to TwitterShare to FacebookShare to Pinterest
Labels: James, Tyler