I haven't posted since September, and there are many reasons why. A dear friend passed away, and then I moved back to Texas 3 weeks later. The last year (2013) certainly had some big punches - I found myself at two funerals, but it also had some highs too in that we got to move home.

It's fairly late in the evening, and I planned to post something earlier in the day... so I'm going to keep it short for tonight. I wanted to share my New Year Goals for everyone, and I hope to talk more about them as time goes on - certainly because that would mean that I'm still thinking about them. 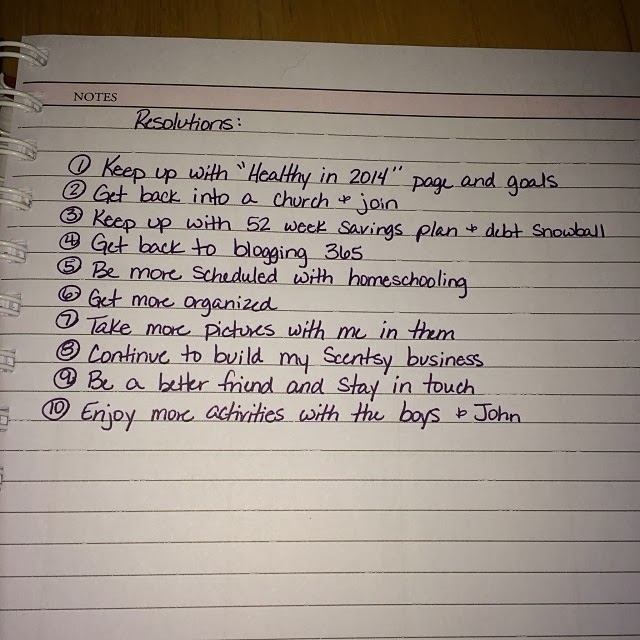 Since it's been a few months, I thought I'd also give you a look at how much the boys have grown... they are getting too big these days. More on them to come! 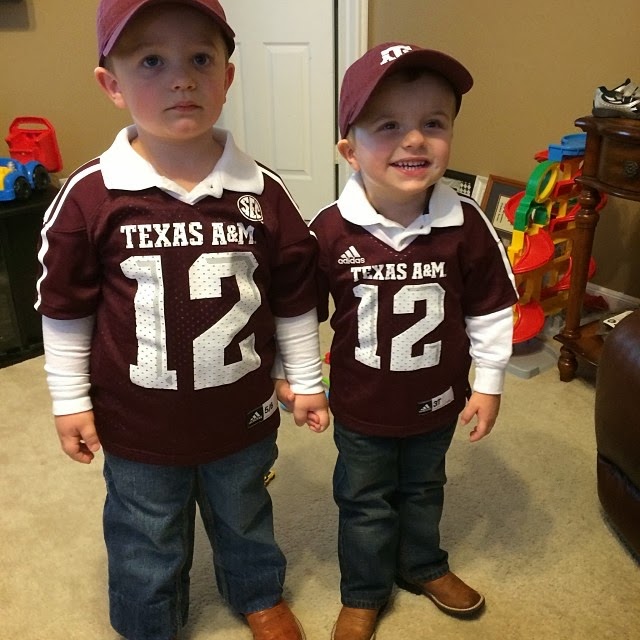 They were all decked out for their first Texas A&M Basketball game, to be followed by the Chick-Fil-A Bowl... but they didn't make it to the bowl game. They actually crashed on the way home and didn't wake up until this morning. With the exception of Tyler's brief wake up at midnight because of all the crazy fireworks.
Posted by Kim H. at 10:03 PM
Email ThisBlogThis!Share to TwitterShare to FacebookShare to Pinterest
Labels: Family