If you want to start at the beginning -- Part 1 is here.


The desire to have children still weighed on my heart daily, and in 2009 we started the process of seeing another fertility specialist. I went through some serious craziness with the fertility drugs and all, but I never was able to produce a viable egg for the doctors to use for any of the procedures. Not one single egg. We were in the middle of the 13 week New Testament Challenge at the time with the church, and I stuck with that challenge… I even have a journal with the notes I took and my daily prayers – which are interesting to go back and read now. During the challenge, I remember the doctor calling me in to tell me there was only one last ditch effort they could try, but somewhere in my heart I knew that it wasn’t going to work out. We had gone to just tell them we were done, and that we were going to explore adoption. They talked me into the meds, and having my tubes cleared out with dye… so we went through with that procedure in September or October of 2009.

I started taking that last medication, and the same day – I literally became virtually blind – I couldn’t see a thing. We were driving to John’s parents house that day, and decided that we were officially done. So we called the doctor and told them that we couldn’t do it anymore. There were 3 huge signs from God that we needed to look at adoption, and not just any adoption agency… but New Life Adoptions specifically. A friend directed me to one of the counselors and her daughter, then we heard another friend adopted from there, and I think we saw a billboard at our friends’ church for the agency. I’m talking it was clear that this was it.

We started the adoption process, and had our first meeting with the agency in December of 2009. By February of 2010, we had been matched with a sweet birthmom that was going to give us a baby girl. February 20, 2010 – we were at the hospital and heard the chimes that the baby girl was born, but in the process – the birthmom decided to keep her baby. I was devastated, but even then I felt the presence of God. I never really worried about the baby other than just knowing that we could have given her more worldly things, but I worried about that sweet girl that must have felt so many emotions and fear. She never responded to the counselors trying to reach out to her after the birth, but I asked them to mail her a card for me. I think of them every year on her birthday, and pray that they are doing well. 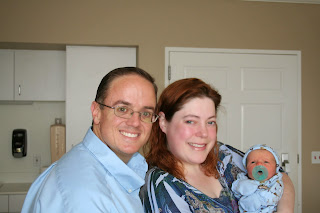 8 years, 1 month, and 17 days after we got married – we welcomed James Edward Hawkins to our family. He was born during the Women’s Retreat that year, and I remember texting pictures of him to a few close friends. The very night that we brought James home from the hospital… a mere 5-6 hours after signing the adoption papers for him, we found out that I was pregnant with Tyler. Can you imagine the looks you get when you show up to your first prenatal appointment with a newborn?!?
My pregnancy wasn’t easy by any means, and caring for a newborn at the same time was rough. We made it through, and Tyler was born at 36 weeks. We found out at my delivery that if the doctor had chosen for me to try a traditional birth instead of a c-section, I would have bled to death because the veins in my placenta were 5-10 times the normal size. He spent 12 days in the NICU, but was a little champ. We were thrilled to have everyone home. 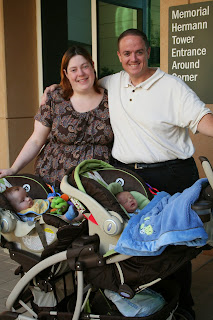 We had been praying about my job situation as it wasn’t good, and they fired me for being out on leave with two maternity leaves in one year. God was in the details there too, because he provided John a huge promotion… but it meant moving away from all of our friends for a couple of years. When Ty was 6 months old and James just over a year old we moved to Memphis.
Posted by Kim H. at 7:30 AM
Email ThisBlogThis!Share to TwitterShare to FacebookShare to Pinterest
Labels: Infertility, James, Spirituality, Tyler