I've never felt more alone and isolated in my life. Before you think this a plea for attention, please know that it is not. I know most will never read these words, and I'm okay with that... I won't even share this on my personal social media accounts because really the only reason for writing it is therapy for myself. 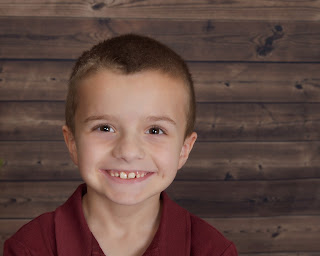 I haven't shared too much about James or his issues with the world -- because I didn't want him to be labeled or thought of differently than any other kid, but the truth is... he is very different from any other child.

At a very early age, he was diagnosed with Neurofibromatosis Type 1 - which if you google it is incredibly frightening. It is a condition that can cause tumors to develop in his body during his growing years, but it also has a strong effect on how his brain functions. We are closely monitored by a pediatric neurologist, and he has annual MRIs to check his brain for tumors. As of last MRI, he had no tumors. The condition is also the reason he is so small... which is a blessing and a curse. NF1 is at it's biggest threat level during the growing years - so it's a battle between is he growing enough or pushing the envelope and potentially causing the fibroids to develop.

What he does have is SEVERE ADHD. It's been explained to us that in his brain, it's like all of his nerves are inside of drinking straws, so information is not processed or even received in the same way as all of the rest of us. He struggles with everything in ways that are hard to describe, but at the same time, he is brilliant. He just can't recall information when asked like others can, for instance, if you ask him questions -- he can't answer them, but sometimes he will spout off information that is incredibly smart.

He hyper-focuses on things, usually one or two things at a time. Those items have been; vacuums, washing machines, cars, dogs, shots/IVs, and more. That means that over the years - we've listened to thousands of hours of vacuum cleaner noise, and had more help with laundry than is actually helpful.. clothes rewashed hundreds of time just so he can watch them spin around. There is so much more than I just can't even type.

Three years ago we started down the path of trying to get him medicated help because he can't function without it. We've gone through so many medicines with so many different reactions. We've been through hallucinations (which with a child is unnerving) and several other issues, but for a while, we were regulated and doing REALLY well. He was able to function, learn, and be on a decent schedule.

When his medications are working - he is the sweetest child. So loving that you wouldn't even believe the defiant whirlwind of untamed energy that his unmedicated self-brings to the party. It's like two totally different kids. Night and Day, if you will.

About a month or two ago, he started having some paranoia issues so we started down the path of changing his medications to see if we could get into another good place. This has been the longest and worst months of our lives. If you can imagine at 7 years old... he is reverting back to things that he did as a toddler... he chews on his clothes, and runs wild in the mornings before his medication getting into everything he can. Trust me, we have put things up high and the whole nine yards -- we fix it and he finds something else to get into or to do.

Which brings me to this morning -- he stole my phone and called no less than 200 different numbers before John and I were awake. This list includes cousins, grandparents, multiple friends, and even 911 (at least twice)! Those that did talk to him, told him to bring the phone to one of his parents... to which they were told we were sleeping. Some find this stuff funny, but as a weary mom who deals with this stuff daily... it's just not. I don't find it funny - it's mortifying.

I am literally at my witts end with this kid. I've changed my code to my phone, but tomorrow it'll be something else entirely that he does. Like the time he made snow angels in the bathroom with powder, or the time he ate blue food coloring, or the time he sprayed essential oils all over his dresser -- its never anything he has ever paid attention to before. There just isn't any planning for it - unless we clear the house of any items at all.

Yesterday, he was great - we had a lovely time at a birthday party. He ran around, played and wore himself out with his friends. I thought we were doing better, but I was wrong. A false sense of things getting back to normal.

Most will never understand what is happening with James, 98% of the time... I don't even understand what is happening with him. We know that he can't help it, but when he is bouncing off the walls at midnight or making phone calls at 6AM... the knowledge that he can't help it just doesn't relieve the frustration. I know he is struggling, and God knows I'm trying everything I can think of to help him... but I just don't see a light at the end of this tunnel, and that right there is the most frightening and helpless feeling of them all.

If I can plead with everyone for a minute -- I know that we've all seen kids out in the world that we immediately think, "oh if he were mine..." -- please the next time you see that happening... don't go there. Inside of that situation, none of us have any idea what is going on behind the scenes... maybe they are bad parents, maybe they are lazy, but maybe... just maybe they are dealing with so much more than you can ever imagine. For moms everywhere that are struggling - I get it and I pray that you and your child come to a place of peace. 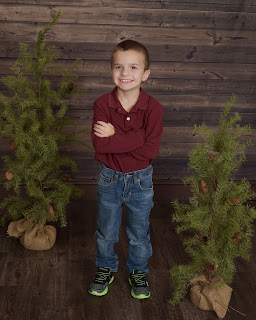