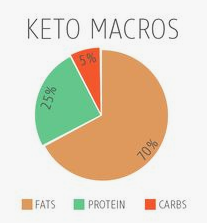 I've decided that my intentional journey this year will be in doing the Keto plan - I refuse to use the D word. I feel sure that most know what it is by now, but I'm keeping my net carb amount to 5% of my calories daily. My protein around 25% and my fats around 70%...

I'm no stranger to the low carb life - as I've done Atkins numerous times in the past - and I can't explain why this time is different... but it's not quite as restrictive as Atkins' first two weeks -- being that within my macros - I can have up to 25 grams of carbohydrates a day. Now, that also needs to take into account that you subtract out the fiber content from the total carbs and get the net number... so my NET carbs are under 25 grams a day.

With the many times, I've done this before - I suffered excruciating withdrawal symptoms for up to a week. I did my research on the keto flu before getting started and I was ready for it - I never knew in all the Atkins stops and starts that what my body was struggling with was the loss of sodium. So this time, I armed myself with electrolyte water and added a little more salt to things the first few days. I never really got those dreaded migraines like I have in the past. My biggest struggle has been fatigue - I go in spurts. One minute I'm feeling incredible and knocking out all. the. things. Then a bit later, I'll find myself completely worn out - so I feel like my body is still adjusting to burning fat for fuel instead of sugar.

I'm in it to win it though - so I'm just taking it one day at a time. Like I said before - I'm not looking at this as an all or nothing thing. It's my new lifestyle. So if I'm at a party or something and there are carbs, and I want some -- I'll keep it to a small amount and go on living my life. Just because I have one small thing doesn't have to derail me entirely from my whole plan.

In the past that has been my thought process, I would cave and have one thing -- and next thing you know 6 months have gone by and I've been off the wagon the whole time. Not this time... I've got a friend that I'm super comfortable sharing the slips with and we've vowed to help each other through that "failure" mentality.

I'm two weeks in on the plan so far and I'm still loving it -- I've got just enough variety that I'm happy and I'm trying out all sorts of new recipes and sharing them over on my recipe blog. If you scroll down there is a label that will pull up all of our keto-friendly recipes.

My plan is to keep to the semi-basics for the most part as much as I can and add whatever we're craving. If I need to bake something -- I'm happy to do it. I'd rather do that than buy something packaged as low carb because that way I know and can control the ingredients. This week - I made John some mini cheesecakes that are low carb and have a pecan crust. I made myself some chocolate mousse -- but I'm looking for a different recipe on that one. 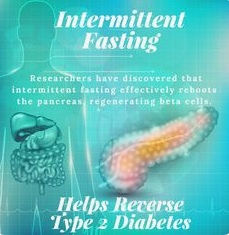 In addition to my keto plan, I've added in intermittent fasting. I'm going most days from about 10 PM to 12 or 1 PM the next day to eat. I seem to be doing just fine on that and even though my doctor was strongly against it - things are going fine. One thing I can tell you that has been eye-opening is that the night before starting the plan - my sugars were 358 and since beginning the plan they haven't been over 130 even once! I'm excited to go back next month to show her by sugar readings -- maybe I'll even begin my goal of backing off of some of my medications.

I saw the doctor the day before we started and she put me on a new shot that is helping curb my hunger as well - I'm virtually NEVER hungry anymore... and I used to be a huge snacker. It's so strange... between the shot and the added fat in my diet -- I'm losing weight and never hungry. 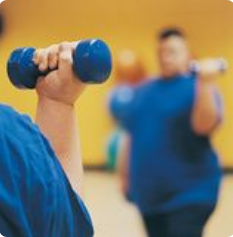 I haven't added this in just yet -- but it's coming. I've been seeing some ads for the Body Groove workouts and I'm thinking about getting them. It looks much for free form and I'm looking for something to completely change the way I think and feel about working out. Has anyone seen the ads or heard of this program? I'm curious how it works -- it looks like it would be fun and maybe something that James and Tyler can do with me at least whenever he wants to join in.
Posted by Kim H. at 9:00 AM
Email ThisBlogThis!Share to TwitterShare to FacebookShare to Pinterest
Labels: Health, Keto, Weight Loss