As promised... here is our day via pictures... we didn't get started until about noon... but we enjoyed the morning relaxing - and I made it to the grocery store too. 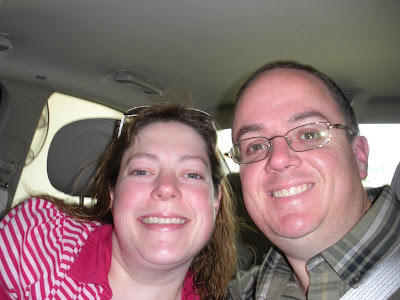 Here we are in the garage leaving the house... we made a couple of pit stops on the way to our fun outings - we went to get some Sonic iced tea (one of my three love language food items) and we went to get the leader kit for our Love Dare Bible Study that we will be leading starting in June. I looked for a study on infertility while we were there, but didn't see any. 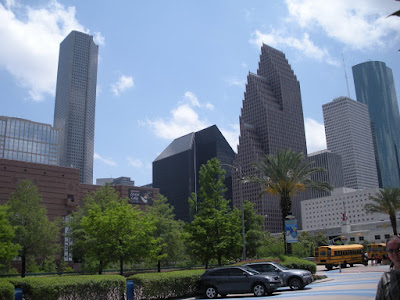 A view from the side of the Downtown Aquarium... this is one view of our skyline from the street. I really enjoyed seeing our city through the eyes of a tourist instead of someone trapped in never-ending traffic. 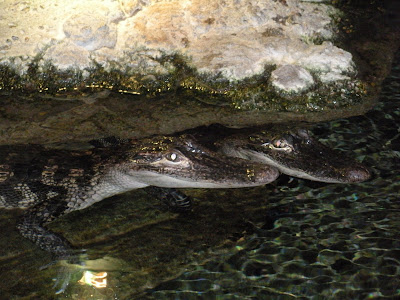 Once inside the Aquarium, we met these boys... the aquarium is set up in habitats, and this would be a portion of the area representing the swamp lands of our neighbor state, Louisiana. 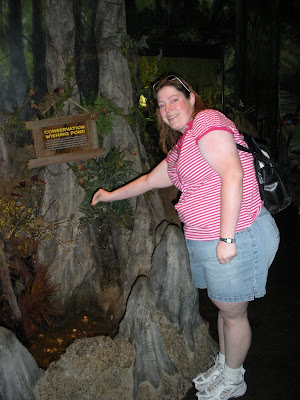 They had a little wishing pond... so I took the moment to drop in some pennies and wish for us to have a baby. 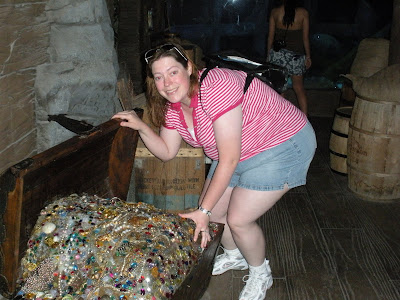 In the ocean habitat...there was of course a treasure chest... and I felt like we might need some of the loot at home. I tried and tried to get a photo like this of John, so that it would be him instead of me - but I'm apparently incapable of using the smaller of our two cameras. 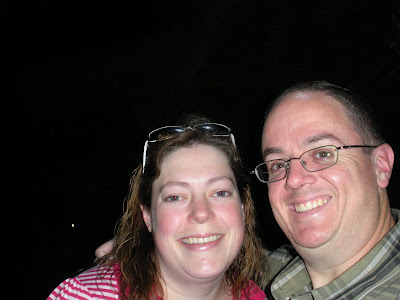 Here we are inside of an aquarium exhibit...but of course you can't see the incredible tunnel that we're in... darn flash! 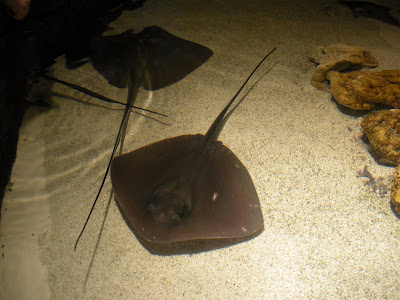 The stingrays that we could pet... it was VERY cool! I've never done it before, but I'm so glad that I did. I always wanted to be a marine biologist as a kid - but wouldn't have made it through that in college... I'm not into dissection... but it's still nice to get up close with the animals. One day - I'd love to swim with some dolphins, but I'd have to use a serious wet suit since I'm allergic to the salt water. 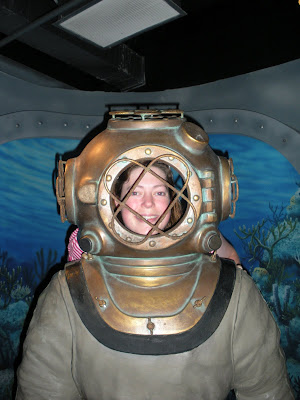 Me posing in the scuba suit... or whatever those things are called. 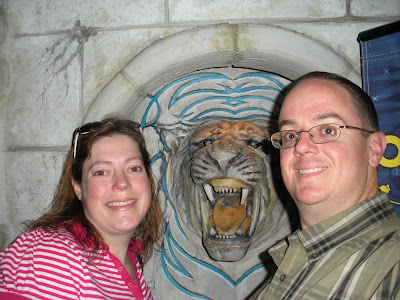 The Downtown Aquarium has a white tiger exhibit, as well as a shark exhibit - we didn't get a ticket for the sharks when we paid - so we missed that one, but the tiger exhibit was worth the WHOLE thing. 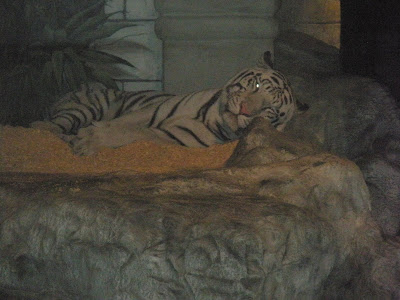 For some reason, I had an incredible urge to scratch him under his chin... cute kitty! He was breath-taking... they said that they have 4 tigers, but we only saw the one today... but they have a really nice big exhibit, and it looks like they are well taken care of. 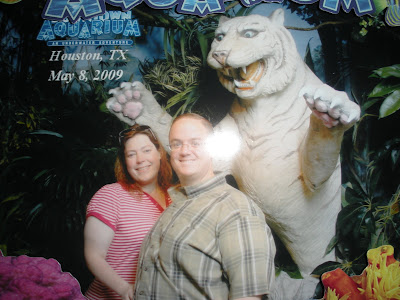 This is a photo of a photo that we bought. It turned out pretty cute, and this ended our trip through the aquarium... it took us all of 30 minutes! I didn't plan well on that one, but we recovered really nicely. We decided to head to the mall for a bit to pick up some stuff we needed at Sears... then off to... The Movie Tavern. 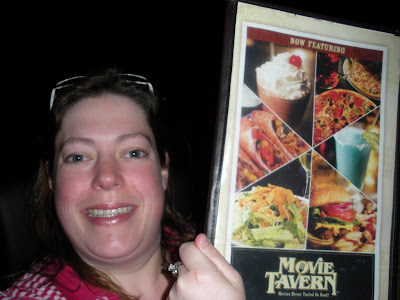 Here I am holding my menu... I once again tried and tried to get a photo of John by himself, but no dice... 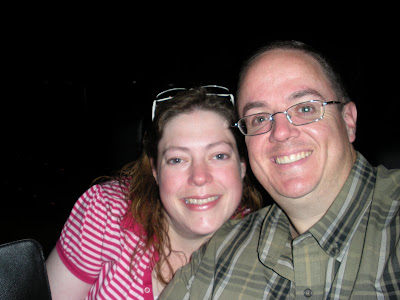 We saw Ghosts of Girlfriends Past... other than one unfortunate line in the beginning - it was a cute movie, and we enjoyed snuggling up to watch it. We will for sure go back and do this again sometime! (Oh, the movie line was something like "they aren't really married if they don't have kids." Nice.)
After the movie we headed over to Saltgrass for dinner - we were still pretty full from the chips and dip appetizer that we got at The Movie Tavern, but we split an entree - which neither of us ate much of. Then laughed at ourselves that we can go to a nice steakhouse, split a meal, and still come out with a FULL "to go" box... and only spend $24 with tip. HA!
It was truly a glorious day... and I hope it's just the start of many more days like this... we enjoyed ourselves and our city. What can you do in your home town if you think more like a tourist and less like a native?
Posted by Kim H. at 8:31 PM
Email ThisBlogThis!Share to TwitterShare to FacebookShare to Pinterest
Labels: Married Bliss