On December 22, 2010 - James officially became a legal member of our family. He's of course been a member of our family since the moment we saw him for the first time... but he's now legally a part of our family. Which means that we will now have a birth certificate for him and a social security card - both of which we've had for Tyler since about 3 weeks after his birth.

In the adoption process - they call the finalization day a child's Gotcha Day... and it's sort of like a second birthday. Of course for James - with it being only hours before Santa comes... it will be more of a special day where we'll do something extra fun as a family. Likely as he gets older - he'll get to decide how we spend the day celebrating... but this year it involved being in the court room signing papers and giving testimony in front of some family.

I've got several posts to write, but as I start getting caught up... here are some pictures from our family's special day. 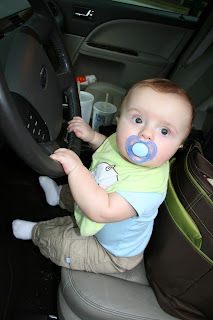 We arrived at the court house quite a bit early - so James had breakfast in the backseat... and while Tyler was having some breakfast - James practiced "driving" the car... it was so stinking cute - I had to get a picture! 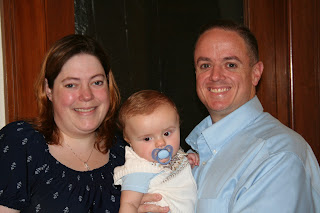 A picture of us before going into the courtroom... I hadn't gotten around to putting on my lipstick at that point, but immediately after this photo - I did get it applied. 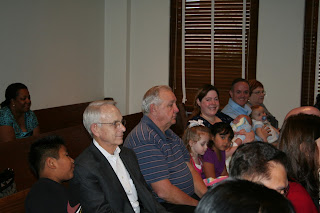 Here we all are waiting to get assigned to our courtroom and listening to the judge. It was really cool how special they made it for us - how many other times would you sit in a court room and get called a "very honored guest"?! 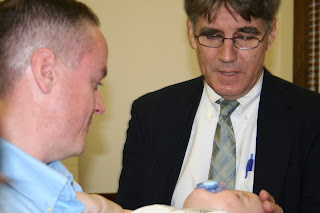 This was during our testimony where we promised to love and care for James for the rest of our lives... we all cried. James cracks me up in this picture because he's looking up at our attorney probably trying to figure out who he is and why he's touching his head. HAHAHA! 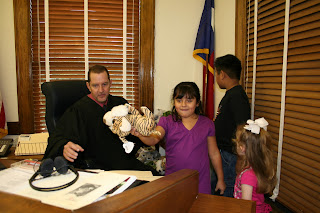 My little brother & sister were there along with one of our nieces - they got to help the judge by picking out a stuffed animal for James and for Tyler. Of course they each got the opportunity to take one as well - the girls both got a kitten and my little brother declined. He's just getting to big for stuffed animals... now if the judge had silly bands... it would have been a different story! 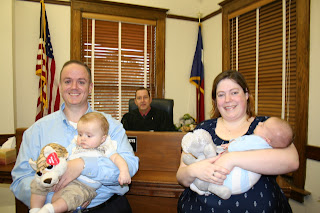 Here we are with the judge immediately after the proceeding was complete... which only took a total of about 5 minutes. We're holding the boys and their coordinating animals. 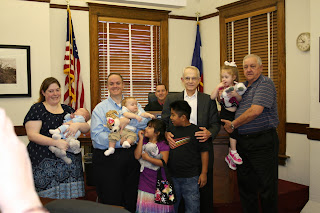 Here is everyone that was able to attend with us - except our social worker, Sara... I wish she had been in a picture with us other than the one sitting in the court room waiting. Anyway - from the left: Me with Tyler, John with James, Gabby, Josh, my Dad, Brooklyn and John's Dad. 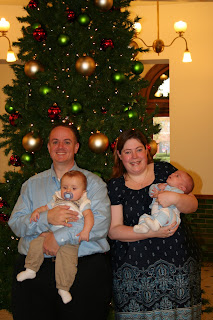 Here we are on the ground floor of the courthouse in front of their Christmas tree. We took another shot of us with our kids and the other 3 kids... and I laughed when I saw it wondering what all the other people in the courthouse must have thought - can you imagine a couple having 5 kids under the age of 8?! HAHAHA! 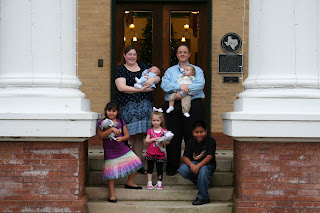 Here is another shot of us with all the kids... too funny. I'm sure that same thought crossed through the minds of some of the people driving by too. 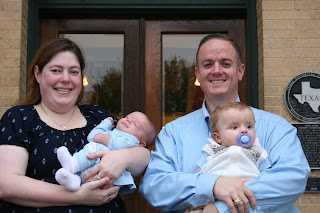 Our little family - so happy to never worry about losing James ever again! The best gift we got this year for Christmas - for sure! 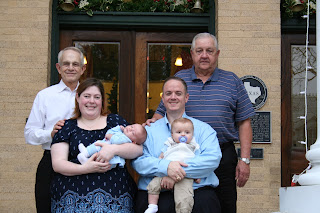 The family with both grandfathers... too bad none of the grandmothers could make it - but they were all there with us in spirit. 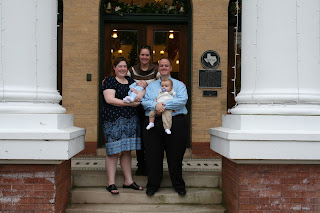 A picture with Aunt Susan... or Aunt Suz as she likes to be called. She took all the photos - so we had to use a backup photographer for this shot. 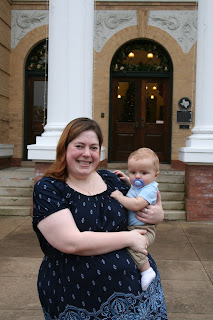 One happy Mama with her oldest little man... he's getting sooooo big! 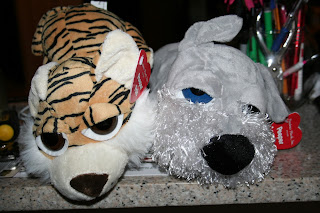 These are their animals... which of course weren't what we'd have chosen for the boys because most of their stuff here at the house is of frogs or turtles, but the kids got James a tiger and Tyler a puppy... funny thing is that they have the same eye color as their prospective owner.

That just about covers our gotcha day festivities... we spent the rest of the day hanging out just the four of us resting and getting ready for Christmas.
Posted by Kim H. at 5:37 PM
Email ThisBlogThis!Share to TwitterShare to FacebookShare to Pinterest
Labels: Adoption