Two little men had a very busy and entertaining weekend with their Daddy. I was around to document the fun, but have been under the weather - so I was only an observer.

We started out with Daddy coming home early on Friday - he surprised the boys when they got up from naps, and started the super play weekend. We hung out inside and after dinner, took the boys outside for some fun with their swing set. I used our telephoto lenses on the camera and was amazed at the photos I got with it.

Anyway, the boys played for about 30 minutes, and a good strong wind came through to cool them off a bit. Here are a few photos of them playing... 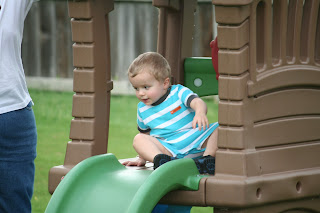 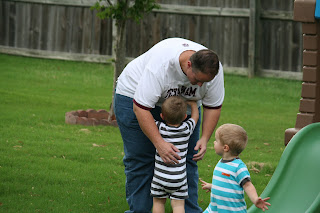 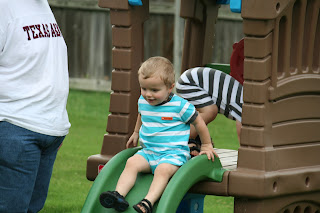 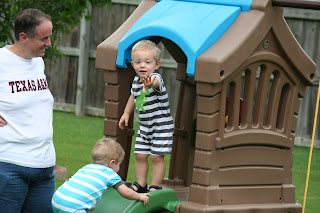 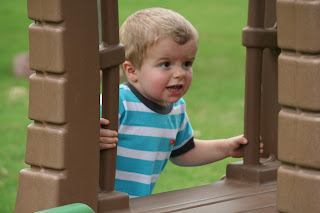 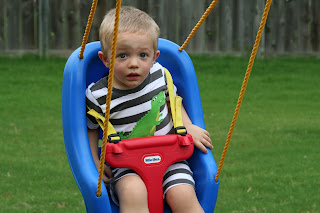 Just before we came in for bath time - John prayed the boys with the hose to cool them down. He was watering the flowers on the porch and just happened to turn the sprinkler on the boys - Tyler wasn't as sure about it, but James thought it was super fun. We found that funny because Tyler doesn't mind taking a shower when needed, but James will scream bloody murder. 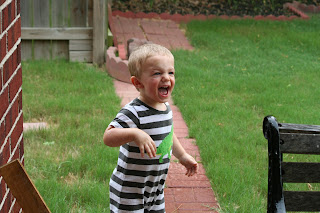 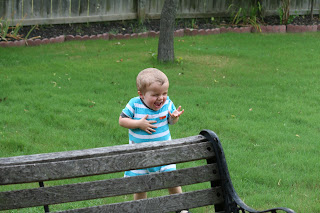 Saturday, was when I started getting really ill... but John entertained the boys with a jump-o-lene that my Mom sent for them. It's like a toddler trampoline and they had a blast. James had so much fun the wanted to permanently move into the thing. He threw the biggest (and I mean epic) fit when it was time to stop and go have dinner. 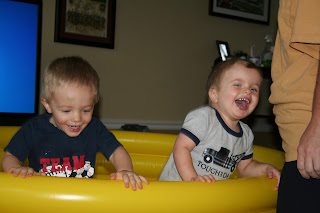 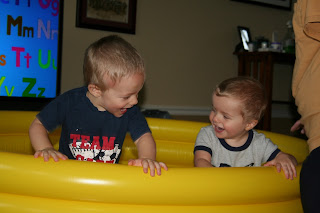 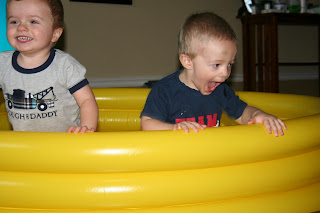 Today, we brought out one of James' birthday presents from April. They've been playing with the car portion of it since we got it, but they just weren't quite ready for the roller coaster portion. When we first tried it in April, it was kinda scary. They had a wonderful time with it today - we're just not quite the best at "taking turns" at this point in our lives. 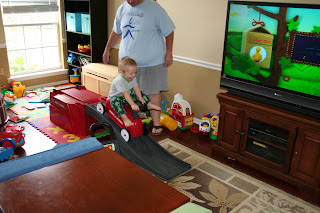 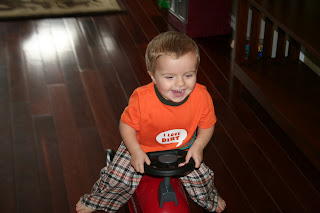 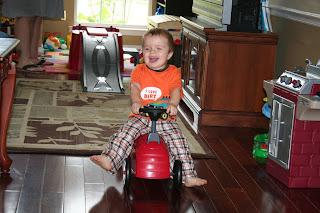 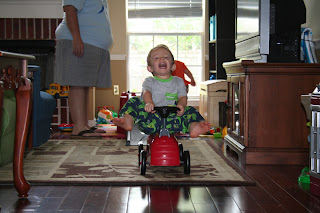 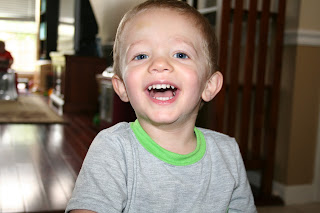 If those aren't the faces of some happy and joyful boys - I don't know what is. They have had a blast this weekend - they've gone to bed fairly early each night 7:00, slept until 8:30 in the mornings... and have taken some decent 2 hour naps too. Safe to say that we've worn them out - but they've enjoyed every minute of it.

As for me, I'm still on the sickly side... have a slight fever and a stomach virus that is kicking my tail... but I'm grateful it happened over the weekend when I had back up during the worst of it.
Posted by Kim H. at 7:00 AM
Email ThisBlogThis!Share to TwitterShare to FacebookShare to Pinterest
Labels: James, Tyler